This is a pretty easy mod and so, should be a fairly short post. 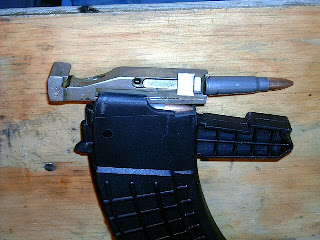 First, the background: The standard SKS comes with a fixed box magazine. That magazine can be removed and a removable “duckbill” magazine can be used in its place, however there is one disadvantage. Many of the removable magazines produced do not operate the Bolt Hold Open latch and so the bolt does not lock open after the last shot.

The bolt has two “rails” in the bottom that lock into the “feed lips” of the magazine when forward. Those rails prevent the empty magazine from being removed or a new magazine from being installed with the bolt closed. That means that, without this mod, if the magazine being used doesn’t operate the bolt hold-open latch, either through design or malfunction, the shooter has to manually hold the bolt back while operating the magazine cover latch and removing the old and installing the new mag. This obviously is not convenient and increases magazine change time. 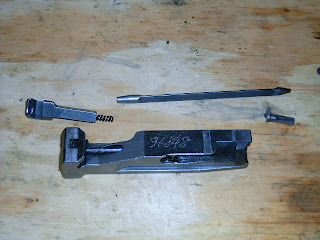 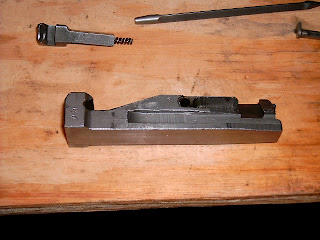 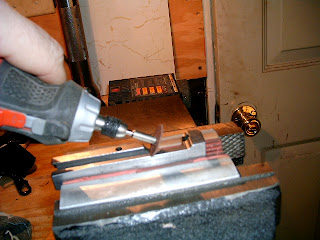 I used a rotary tool with a cutting wheel to do the rough work and then finished off with jewelers files and then Emory Cloth Sand Paper. 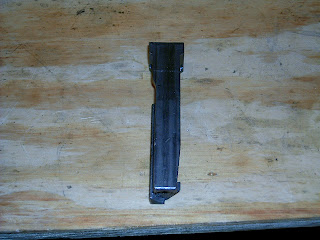 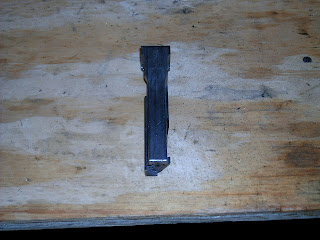 There, that was easy, now wasn’t it?

This mod doesn’t seem to affect the operation of the rifle at all, even with the stock fixed box mag in place.

It does seem to be pretty picky about what mags it will work with.

The consensus seems to be that the Tapco 20Rd composite mags are the best.

I would definitely recommend staying away from the “pro-mag” composite mags. They make 10Rd and 30Rd variations. The 30Rd mag that I bought doesn’t feed worth a darn. The follower tends to hang up in the body and not push the remaining rounds up.

I also have a metal 30Rd mag that feeds flawlessly, but won’t go on with the bolt closed even after the mod. The rear of the mag isn’t quite high enough. When installing with the bolt closed, the top round pushes against the bottom of the bolt, because the mag has to go in nose first, the nose of the bullet hits first. With the metal mag, when this happens, in stead of the top round pushing the rest down, the rear of the cartridge pushes up, clears the back of the mag and then pushes back, hanging up and preventing the rounds beneath the top one from being depressed.

The bottom line is that I can’t guarantee that this mod will work perfectly with any removable mag but the Tapco 20Rd mags seem to work the most consistently.

Up next: Installing the Tapco T6 adjustable, pistol grip stock.

3 thoughts on “Evolution of a Homeland Defense Weapon 3”