On Monday, I had the sad duty of standing vigil over the interment of another American hero who gave all for his country.

Lt. Richard R. Anderson Jr., an SH-60 helicopter pilot with the HS-7 “Dusty Dogs”, was killed in a crash in Fallon Nevada while conducting training exercises in preparation for a deployment to the Persian Gulf. 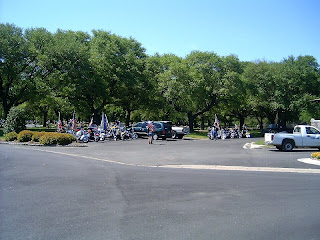 This tragedy serves as a reminder that, even in times of peace, even when not deployed to a combat zone, our soldiers, sailors and airmen place themselves in harm’s way on a daily basis in preparation for that day when their their dedication and skills may be called upon.

This is why honorable service in the armed forces is venerated and celebrated even when not directly involved in hostilities. The military way of life is a life lived at the extreme edge of our potential. When performance, endurance and ability are stretched to the limit, sometimes those brave souls who have sworn to defend our way of life are called to make the ultimate sacrifice. These people we revere, we celebrate, and we will never forget. 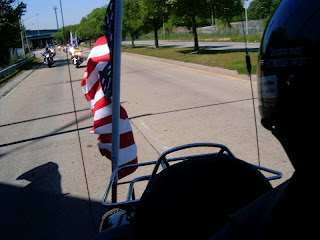 We were not involved in the funeral itself as the family requested a private ceremony. We were, however, privileged to serve as an honor guard at the interment.

We met at the staging point and briefed as usual. It was a short notice affair so participation was light but, notably, a pair of patriots from Havelock North Carolina made the 3 hour ride to join us on our solemn mission. 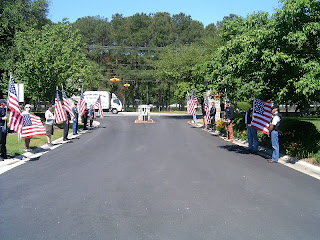 After the short ride to the cemetery, we lined the entrance gate with our corridor of flags. 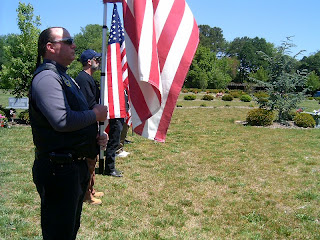 After the last of the mourners passed through, we moved to the grave site.

It was a very brief ceremony but all the more poignant for it. The Navy honor guard performed their duties flawlessly and tears flowed as Taps sounded for Lt. Anderson one last time.

With Memorial day coming up at the end of the month, I hope that everyone will use that day to reflect upon the sacrifices made by American Patriots throughout our country’s history to make and keep us free.

“Greater love has no one than this, that he lay down his life for his friends” John 15:13