As someone who spent 21 years in Naval Aviation Maintenance (and has the standard 30% hearing loss and tinnitus to prove it), I think I’m going to bring a unique and personal perspective into this meme. These aren’t necessarily the “best five airplanes of all time” but are my personal favorites…based primarily upon personal experience. As a result, they are all US Navy Aircraft.

In Naval Aviation, our first love is always going to be the first bird we worked with. It just goes with the territory. Everything was new and interesting. We had nothing to compare our fist aircraft with. We cut our teeth and lost any lingering moisture behind our ears while elbow deep in this bird so we are, of course, going to always remember her with fondness.

Mine was the mighty Douglass EA-3B Skywarrior.

Originally designed to deliver a single nuclear bomb in the style of the Fat Man or Little Boy, the advent if ICBMs rendered the design obsolete; the Navy quickly found other uses for this strong and versatile airframe and the A-3 served as cargo and passenger planes, in-flight refueling tankers, and Electronics Surveillance Platforms until finally retired in 1991. The EA-3B platform provided some very cool Electronic Surveillance functions that were extremely valuable during the height of the cold war. Did you know that, with the proper equipment and personnel, a specific ship (not just the type…the exact hull number) can be identified by nothing more than the “signature” of electronic signals that it emits? Needless to say, the EA-3B was a challenging and rewarding platform for a young Aviation Electronics Technician.

My second choice is conveniently the second platform that I worked with. The SH-2F Seasprite was an oft-maligned and denigrated little rotary wing aircraft, but was of a unique design, was very versatile and was extremely well suited to the task for which it was designed.

Unfortunately, Sikorsky didn’t see the wisdom and utility of this new design and refused to incorporate it. Charlie Kaman promptly quit and formed his own company in order to see his design put into practice. 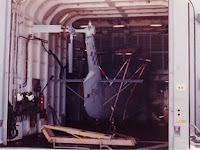 The SH-2F was designed as a multi-role aircraft (known as LAMPS…the Light Airborne Multi-Purpose System) intended to operate from the flight decks of small frigates and destroyers. Among the roles at which the SH-2F excelled were Search and Rescue, Anti-Submarine Warfare, Cargo transport, Vertical Replenishment (VERTREP), Over the-horizon targeting for shipboard weapons and more.

Modern Missile Frigates and Destroyers have large enough flight decks to accommodate the Sikorsky SH-60 (which is also a fine aircraft) and so there are no more SH-2 Aircraft in the Active Navy, but the SH-2 lives on in the Navy Reserves in the form of the SH-2G “Super Seasprite”. 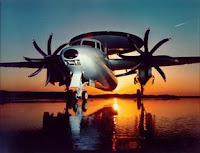 My third choice has to be the eyes and ears of the fleet: The E-2C Hawkeye. The Hawkeye is an Airborne Early Warning system that provides radar coverage, Combat Command and Control and Surveillance functions to the fleet. A single E-2C can cover over 3 Million cubic miles of airspace. Although not armed itself; the E-2C is, nonetheless, an integral component of the deadly and powerful weapon that is US Naval Aviation. With its incredible array of electronics equipment, this platform is one of the most challenging and rewarding for a Naval Aviation Electronics Technician. 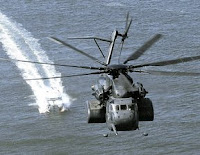 My next choice is probably going to be considered a bit unorthodox. The MH-53E Sea Dragon. This workhorse is one of the largest, most powerful helicopters on the planet. The MH-53E tows mine Countermeasures equipment used to detect and clear anti-ship mines. It is also used for cargo and passenger deliver and Vertical Onboard Delivery (VOD). It is capable of carrying up to 16 tons of cargo or 55 passengers.

For a little perspective, the maximum loaded weight (including fuel, crew, weapons, etc.) of the second aircraft on my list, the SH-2F Seasprite, is 13,500 pounds. The FUEL CAPACITY of the MH-53E is over 21,000 pounds.

Finally, I have to list one aircraft that I never worked on (but I worked around routinely on the flight deck). The venerable and recently retired F-14 Tomcat.

I don’t care who you are. That is just one bad-ass airplane right there.