Sorry about the light posting lately, my muse has been out for the holidays.

This is a followup to this post several months ago about how the outdoor shooting range on Marvin Road in the Creeds area of Virginia Beach, south of Pungo (I think I got all the pertinent search terms in there) is doing under new management and a new name…C2 Shooting Center. If you read that post, be sure to look at the comments thread. It was brought to my attention that the prices had gone up dramatically. There have also been some complaints about rude staff and just poor customer service in general.

I’ve been threatening to get out there and check it out for myself but I’ve just been too busy. It is a 2 hour trek just to get there and back, so, spending any constructive time there turns it into at least a half-day mission.

Well, today I didn’t shoot, I just went, looked around, talked to the staff a little and got a new and improved price listing. 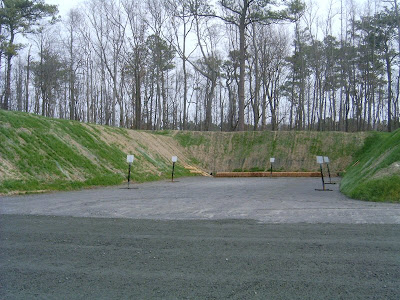 First, as far as the facilities: They are still working on the side area…during my initial visit, the proprietor told me that that area was being constructed for shotgun shooting, at this point, however, it is set up in several bays with a very open layout. It looks like that area has become some sort of tactical training area.

The rearmost areas are still being worked on but the bays that are finished have metal and wooden targets that look more suited for pistols and carbines than shotguns. 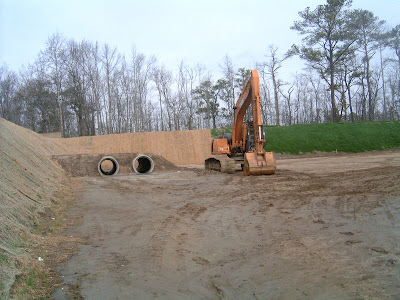 The older portion of the range is not much changed from the last time I was there except that it looks like all metal targets have been removed from the firing points. Also, there was a chain across the area of the 200 yard line with a sign that said those lanes could only be used under the supervision of an instructor.

The condition of the shooting positions is excellent. A vast improvement over when A&P operated it. They’ve added carpet to the shelter ceiling and soundproofing to parts of the cinderblock walls which does help cut down on the echoing and noise. The target carriers are well maintained and the backers are now a forest green color. It looks like they’ve done some work to the berms as well and they are in very good shape. 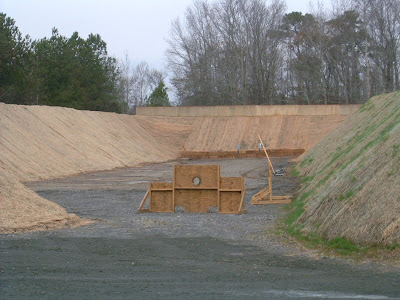 The price listing says that only their targets are allowed to be used. The last time I shot there, I got permission to use a printed target to shoot an e-postal match, but that permission was received from an owner. If said owner is not available, are the employees going to grant permission? Unknown and unspecified. The sheet simply says “only C2 Shooting Center targets.” That is unacceptable to me. 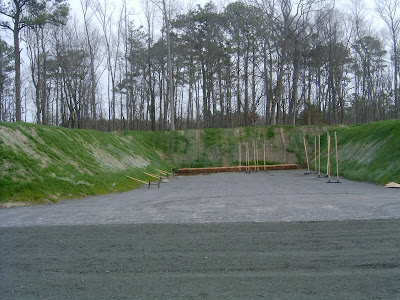 For memberships, the use of those lanes raise the cost of “annal fees” from “ridiculous” to “you’ve gotta be effing kidding me!” The “basic package” which only allows use of the 25 through 100 yard ranges is $300. The “precision package” which allows use of the 100 through 300 yard ranges is (gag) $500. The “precision plus” package, wherein you are authorized to use all ranges from 25 through 300 is (gasp, gurgle, retch) $600. I won’t even mention the “privileged package” lest I faint dead away. Perhaps I’m just spoiled by my membership at the nearby indoor range which runs me $90 per year and at which I’m allowed to shoot anything from an air rifle to .50BMG at up to 25 yards.

The remainder of the pricing sheet is dedicated to rates with instructors, training classes and group training rates.

If there are any budding entrepreneurs out there, there seems to be an opening in the Hampton roads area for a rifle range. Perhaps one of the many empty industrial buildings in the area could be turned into an indoor 100 yard rifle range? Is that feasible?

A couple of other notes. I spoke with both of the employees that I saw there at the time. One was an old timer (like me) that’s been there since A&P owned it. He was his normal, seemingly disinterested self. The other was a younger gentleman that I believe came on after the range changed hands. I only spoke with him briefly in the parking lot while he was smoking and I don’t want to be too harsh based upon a passing impression, but I had the definite feeling that this would be one of the “rude” ones that commenters to the last post mentioned. He simply seemed like the kind of person with an overly inflated sense of self-importance. He didn’t engage me in friendly banter, he gave the distinct aura of one indulging a lesser being by granting him the privilege of speaking with him. Again, it was a brief encounter, I’m not attempting to pass judgment on the individual’s character, just trying to describe the impression I got. It may have been all me; I was there specifically to check out some of the allegations made by commenters and, so, may have been a bit too…sensitive…to anything that could have been construed as rudeness.

Another thing: At the bottom of the price list that I got from them is this statement:

We hope that you appreciate the added amenities and capabilities that we have provided you as patrons of our range…This is the last range of its type in South Hampton Roads and we must attempt to keep it for all of our usage. In this effort we need your support.

As I stated in a comment to the last post, not all of us have delusions of mall ninja-ness. Some of us are just looking for a reasonably priced place to make some holes in paper. Considering that, on the rare occasion that I’m able to shoot a high powered rifle match, the SHORTEST distance at which we shoot is 200 yards and the prone stage is shot at 600, I hardly consider 200 yards to be “precision” range and requiring of special instruction and increased fees to shoot at.

In any case, these prices, in my humble opinion, places this well outside the range of “reasonably priced” and I fear that they will lose the support of the local shooting community quickly. When the inevitable encroachment of civilization continues (it’s already well underway) in that area, I fear that the days of this range are numbered because I simply don’t see the local community coming to their aid when the inevitable calls for its closure begin. The new owners seem to have abandoned the local shooting community. That perception was borne out by my visit. On the warmest Saturday (albeit overcast) we’ve had in several weeks, the shooting weather was beautiful. I believe there were four patrons there, not including myself. I don’t believe I’ve EVER seen that range so empty, not even during deluges where you couldn’t even see the targets from the 200 yard line through the rain. Most of the time, on a normal Saturday with decent weather, the place would be packed.

There were four (4) patrons there.

This is not rocket science folks.

Their price point is WAAAAY too high. I didn’t even complain about them raising it to $20 considering the improvements they were making. $30 is simply beyond the point of diminishing returns.

The impression I get is that the new ownership is decidedly disinterested in maintaining public use of this facility and wants to concentrate primarily on providing tactical training and instruction.

That’s all fine and good. It’s their range and their business, they can do whatever they want with it. They can do it without my money, however. I’ll be looking for an alternative. 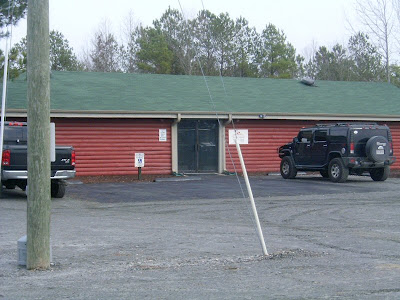 On a more positive note: At least the employee with the hummer wasn’t parked in the Handicapped spot this time. Of course, as lonely as the range was, I can’t imagine why he would need to.