Update: Some friends of Mrs. Parker-Williams have started a blog in her memory which is linked back to this post. To friends and family members who may visit from that site: I offer my sympathies and prayers for your loss. Thank you for the honor of inviting myself and my PGR Brothers and Sisters to provide what small assistance and comfort that we can at such a painful and difficult time. [/update]

I got an e-mail yesterday from Woody “Rustpicker” Wagner, our Regional PGR Senior Ride Captain. It was kind of an unusual mission, but it really tugged at my heart (yes, I have one…reports to the contrary have been greatly exaggerated):

On February 21, 2008 Mrs. Patricia Ruth Parker-Williams, 24, passed away suddenly and unexpectedly of natural causes in Virginia Beach, VA. Her husband, of one year, Sgt Christopher B. Williams, United States Marine Corps was deployed and serving our country on a Combat Tour of Duty, assigned to the 2nd Intelligence Battalion, Camp Fallujah, Iraq, Operation Iraqi Freedom, Global War on Terrorism; returned to the Hampton Roads area on Emergency Leave. Sgt Williams has requested a PGR HOTH Escort mission from Smith & Williams Funeral Home to Norfolk International Airport Cargo & Departure Terminal, Norfolk, VA and to be Paul Bearers for his beloved wife at the Funeral Home, Cargo Terminal and Tarmac at the Aircraft.

I haven’t had the opportunity to participate in any missions lately, but I felt this one was important. Our heros knowingly place themselves in harm’s way in defense of our country and their loved ones…but how many expect that it will be their burden to grieve over a lost loved one? Many leave knowing that they may not return to their spouses and families, but how many leave fearing that they may return home for a funeral and to an empty home? This was just one mission that I couldn’t miss. 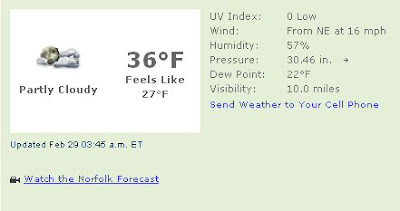 So, up at 0330, quick check of the weather report…excellent: perfect riding weather…and off I went. 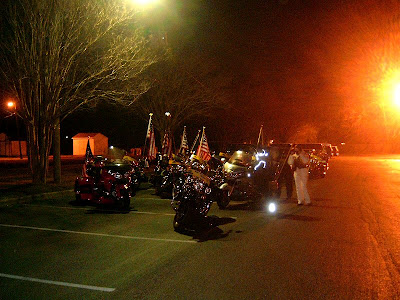 After a quick stop to top off the gas tank, I arrived at the funeral home.

Have you ever noticed that it isn’t easy to take decent pictures when it’s still dark out? 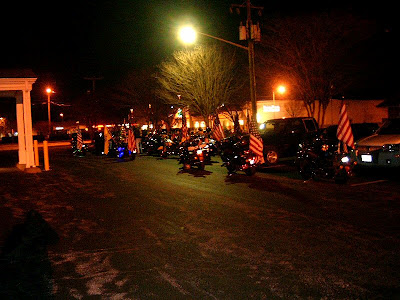 My camera does have a “night” setting that at least made pictures…albeit not exactly studio quality.

I happened to get there just as Sgt. Williams was getting out of a car and we walked into the funeral home together. He was very free with his praise of PGR and his thanks for our participation. As usual, I remind him that it is an honor and privilege for us to be invited. Any thanks are due to him, not the other way around.

Anyway, we got the chance to speak with him for a few minutes in the funeral home. He related the story about how he and his wife met, how they knew he was going to Iraq and so, in stead of waiting to have a big wedding, they eloped in secret.

She was from the west coast and was being flown to Washington State to be interred with her ancestors. He said their families hadn’t even been aware that they were married yet and they had planned a big formal ceremony after he returned. It was a love story just begging for a fairy tale ending…but alas, life seldom works out as neatly as childhood stories would have us believe. 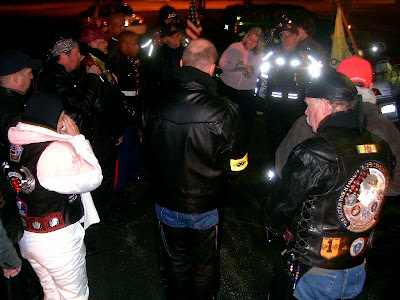 At any rate, the Sgt. stood with us as we did our pre-mission brief.

He is visible in this picture. He is to the left of center, you can see his white uniform belt and his face is just to the left of two reflective strips on someone’s jacket.

Note to self: reflective motorcycle gear is not compatible with flash photography. 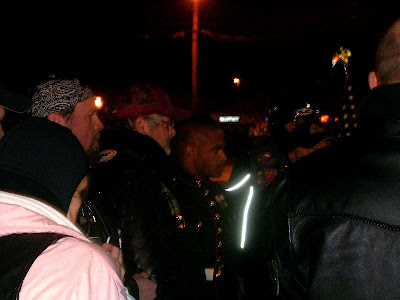 I did zoom in and try to get a better picture of him, but I was far enough away that it came out very dark.

We were escorted by the Virginia Beach and Norfolk Police Departments to Norfolk International Airport. 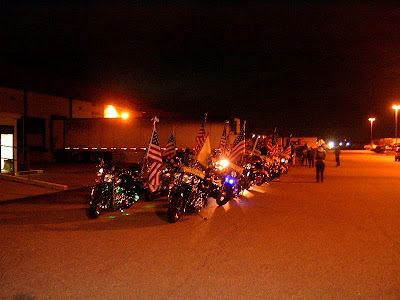 I did get one final picture after pulling up to the cargo terminal, but then my batteries died. They were fully charged before leaving the house but I think the cool weather affected their longevity.

At any rate, it was a moving moment to be involved in this important mission.

We saw them to the plane safe and sound and leave her to the capable hands of our PGR brothers and sisters on the West Coast who will be meeting them upon arrival.

Godspeed and good luck to you Sgt. Williams…and thank you for your service.

One final only slightly related note. One of my PGR brothers and a Vietnam Veteran had in interesting paint job in tribute to Vietnam “Brown Water Sailors” on his Harley. 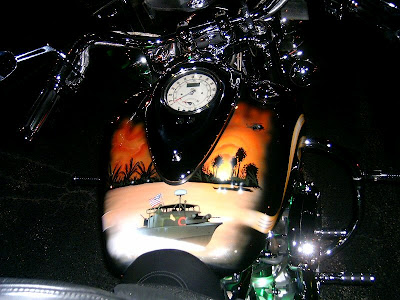 I am very impressed with the work so I took a couple of shots of it and just wanted to share them: 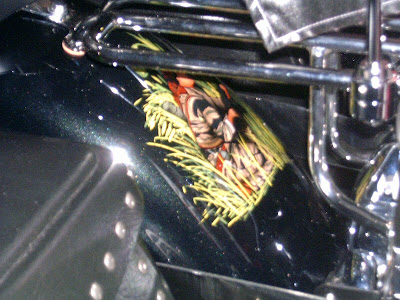 This is the rear fender. I had a hard time getting a clear shot of this one because the rigging he had assembled to hold his flags was in the way.

If you can’t see it well enough, just take my word for it…it was some gorgeous artwork.