Especially when combined with a large helping of stupid.

Apparently, the Driver of a Semi-trailer near Tulsa Oklahoma felt a “bump” and saw what appeared to be a motorcycle skidding past his truck. 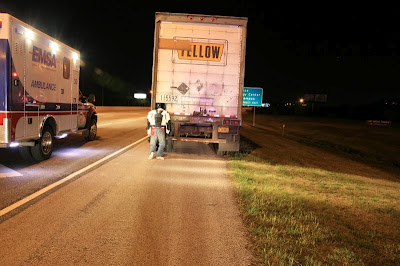 It reportedly took him about 1/4 mile to come to a stop, whereupon he found this.

No, the motorcyclist is not standing there inspecting the damage as I thought at first glance. 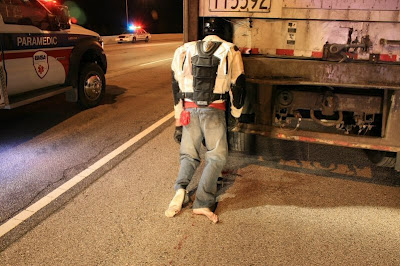 How about a closer view: 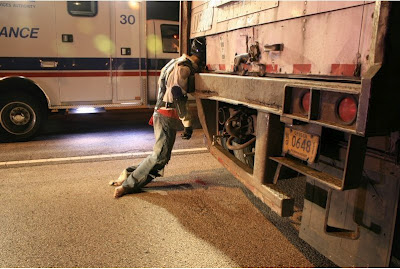 Yes, this time you’re right…his head actually IS embedded in the back of the truck. 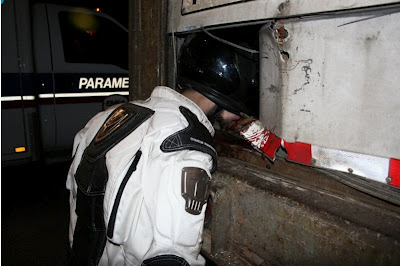 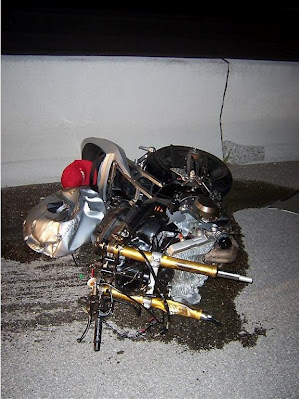 It seems that wearing a helmet and ballistic jacket isn’t adequate protection against running into the back of a semi at over 120 MPH.

And it isn’t too good for the poor innocent bike either.

Stupid hurts…but hey, stupid ENOUGH often only hurts for a second or two.

And a newspaper report with links to other resources, including a portion of the police accident report.