Update: My friendly neighborhood stalker has opined in comments that this action may be a crime. I’m not convinced that he is correct as it depends on interpretation, but on the off chance that he’s right, I want to make perfectly clear that I’m not recommending anyone do this and, if you do, in retrospect, I suppose it is possible that it may result in some sort of legal action…especially if you bruise the ego of someone immature and irrational enough to dedicate what small semblance of a life they may have to seeking vengeance against anyone with the audacity to point out how ridiculous they demonstrate themselves to be.

I would hope that the Judicial system has better things to do than persecute otherwise honest citizens for nothing more than an ill advised joke…but stranger things have happened.

At any rate, just in case…don’t try this at home kiddies.
[/update]

…that I never posted the pictures of my “donation” to the Brady Campaign like I promised to do. 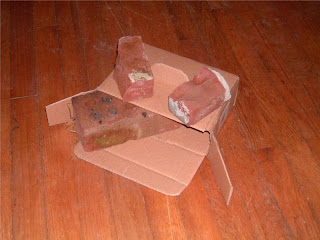 It just so happened that I had a perfectly sized box on hand.

I was able to fit a complete brick and a little less than half another brick, in the form of two pieces, into the box. 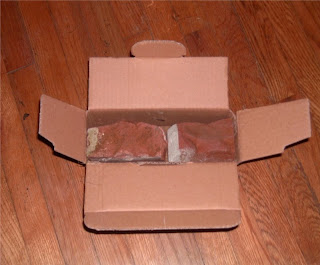 When packed, it fit tight enough that I didn’t need to worry about extra packaging to keep the contents from sliding around and busting loose. It was a perfect fit. 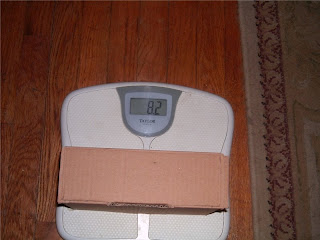 Before taping and attaching the envelope, the package came out to exactly 8.2 lbs on my infinitesimally accurate, never to be questioned, bathroom scale. 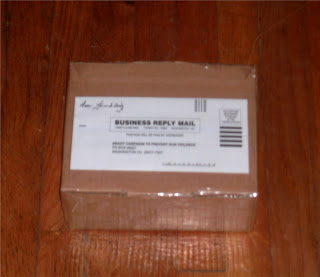 And, finally, all packaged up and ready to go.

In a an post linking to my original proposal, Standard Mischief says that it won’t work…that the PO just throws it away.

It seemed too good to be true to me at the time I initially read about the idea, but hey, it cost me nothing more than the price of a few feet of packing tape. The bricks were waste, the box was something I had laying around and I was already making a trip to the post office anyway so what the heck.

If the Post Office is as efficient at following their own guidelines as any other governmental organization, there’s a good chance that they’ll deliver the thing and charge the Brady’s anyway.

At any rate, I’ll just have to use my imagination to conjur up the image of the recipient’s face after paying the $25 postage due and opening the box to discover the nature of my donation.