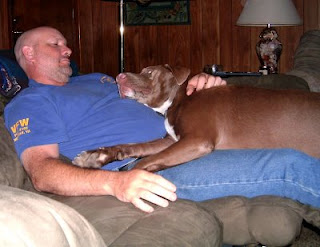 My wife took a picture of Buddy and I the other day in our normal TV watching configuration.

She really liked this one because she says it looks like we are “gazing lovingly at each other.”

We actually don’t generally watch much TV per se…but we do watch movies. It usually takes him about 15 minutes or so to decide to crawl up there but then he just lays there on me until the movie is over.

Unless the movie includes dogs barking in the soundtrack… 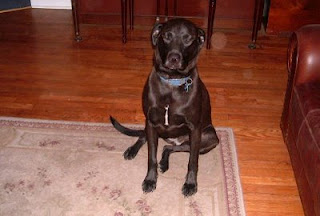 …at which time both he and Roxy (the 85 lb chihuahua*) are out the door like a shot to figure out who is invading their space.

You’d think that they’d eventually figure it out…

*Yes, I know she doesn’t look much like a chihuahua…she just has the energy level of one. I’ve never seen dog that size that’s as spastic as she is.