Some of the general scenery and things that caught my eye while in California. 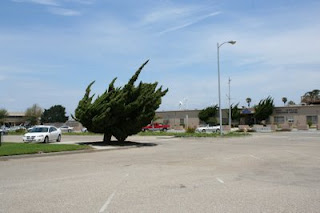 This picture is on the Naval Base at Point Mugu. I wonder what the prevailing wind direction is here. 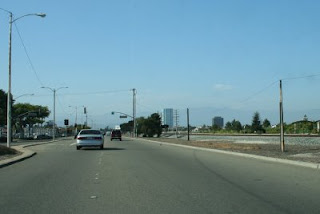 As you’re driving North on Oxnard Blvd, shortly after leaving downtown Oxnard, these two buildings come into view. There’s nothing else over two stories around, these buildings just rise up seemingly in the middle of nowhere near the corner of Oxnard Blvd and Vineyard Ave.

There are fields on the other side of the Railroad tracks on the right and to the left are apartments, small houses and small commercial enterprises. 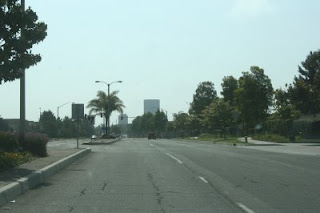 Another angle, from Vineyard heading east.

I actually went over there to investigate. Although they are the only tall buildings in the area, they aren’t stranded in the middle of nowhere as they appear to be. There is a fairly robust industrial and commercial district right there at their feet that isn’t immediately apparent until you get closer.

Although there seems to be quite a bit of industry there, I did notice a large number of commercial/industrial properties that were vacant and in search of tenants.

Point Mugu, Port Hueneme, Oxnard, Camarillo and surrounding towns are basically located in the next valley to the northwest (along the coast) of Los Angeles. It is a very agricultural area that seems to concentrate on Strawberries, but I also saw lemons, cabbage, beans, what I think were avocados, and even a little corn. 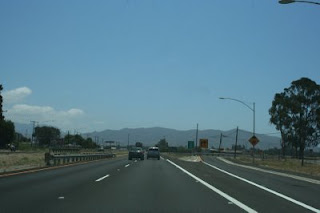 The scenery is absolutely beautiful with the surrounding mountains.

The weather there is purported to be very stable throughout the year which allows for year round farming. Most of the time I was there, it was overcast with highs in the lower 70’s and lows in the upper 50’s. The nicest day was on Sunday…it was sunny, the skies were clear and the temps in the low 80’s. Humidity was very low (at least as compared to Virginia).

Too bad such nice weather is wasted on an authoritarian nanny state. If it weren’t for the communist regime running things, I’d consider moving there. 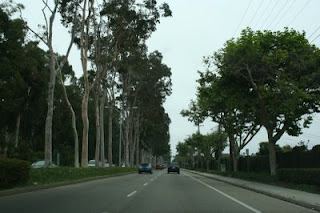 This is Ventura Rd in Port Hueneme. The Navy Base is to the left. I really liked the tall trees lining the road here. 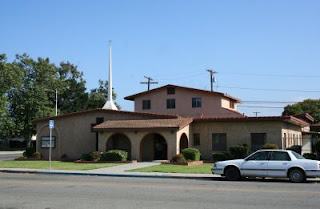 Finally, on Sunday, I took the opportunity to attend Church at the Oxnard Church of the Nazarene.

This is the front entrance. 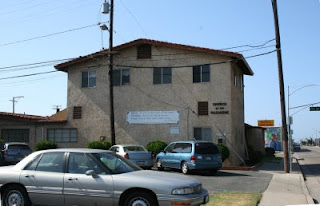 The service was very good and the congregants were extremely friendly and welcomed me warmly.

This is the rear and the parking lot.

That’s it for the general stuff. All that’s left is my sightseeing trip on Sunday afternoon, then I’ll quit boring you with this stuff.