On Sunday after Church, I decided to take the Pacific Coast Highway into LA, find the legendary Mulholland drive and stop at all the scenic overlooks. I’ve never been much into celebrity worship so I had no interest in the “Walk of Fame” or an overpriced bus tour of the celebrities houses. I thought about going down to Rodeo Drive or Sunset Blvd just to wander around, but by the time I finished my odyssey on Mulholland drive (with the short 1 1/2 hour detour through Beverly hills that I described previously), I’d had about enough of LA. 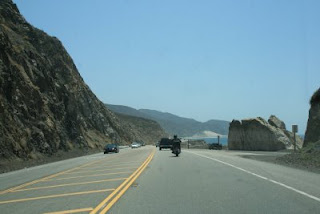 Anyway, I started out on the PCH from Point Mugu to LA. 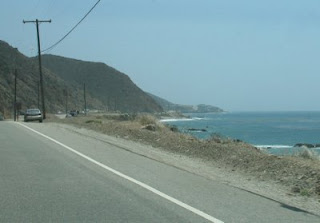 I drove this route once before the last time I was here a couple of years ago. I decided then that someday I was going to ride my bike to San Diego and then ride the PCH all the way north to Washington State.

Will probably have to wait until I’m truly retired, but it’s a worthy goal. 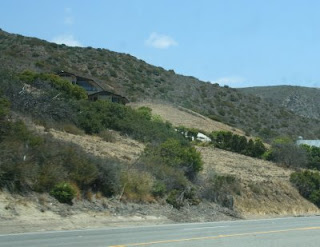 There are quite a few unique and interesting houses along the cliffs between Point Mugu and Malibu. 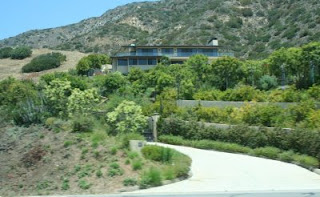 I can’t imagine how much a house here would cost, but the views would be magnificent. 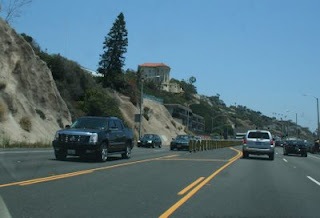 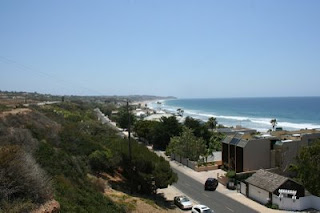 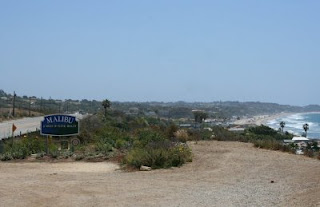 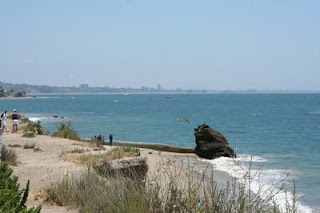 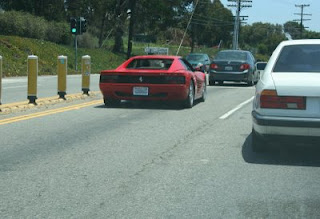 I’ve never seen so many Ferraris in one day in my life. 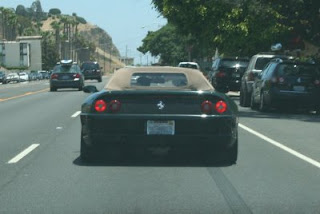 I only got close enough to take pictures of a couple, but they were everywhere.

After passing through Malibu to Santa Monica, I headed north on 10 and then 405 to Mulholland drive. 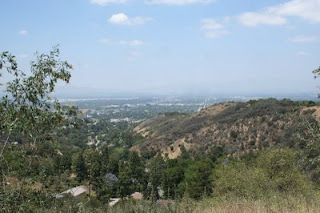 I have to say that the effort was worthwhile. Although there were a lot of rich people’s houses cluttering up the views, they were still pretty awesome. 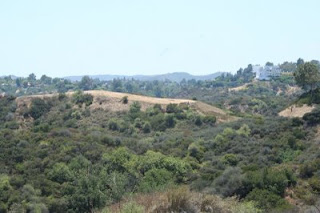 There are scenic overviews all along the drive between 405 and 101. 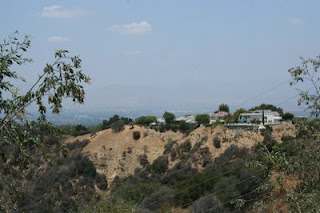 Some of them were right next to houses, which must get pretty annoying for the people who live in them. 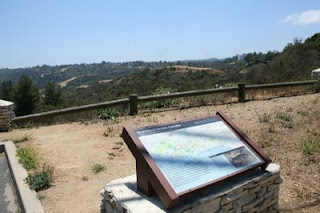 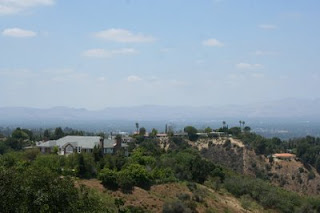 Many of the houses are downright ostentatious. Why on earth anyone would want a house that big is beyond me.

More money than sense I suppose. 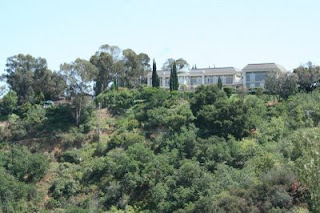 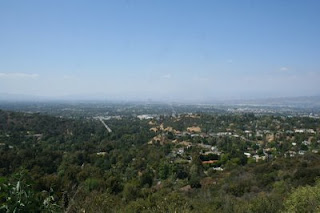 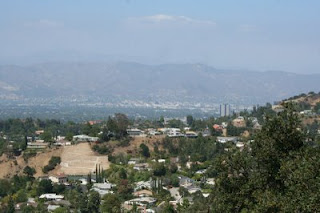 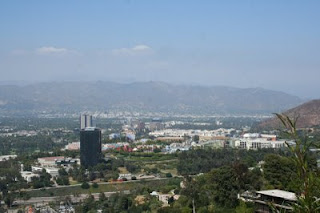 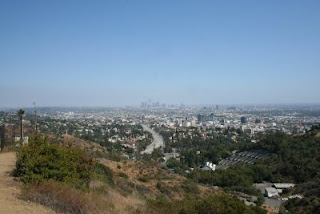 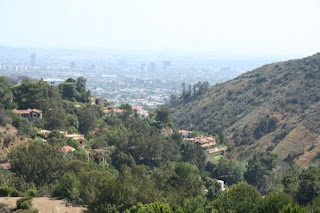 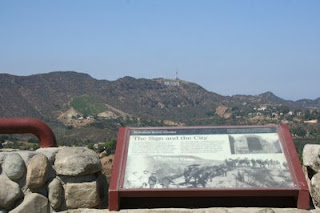 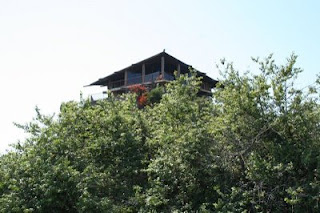 There was even a little house on the very top of the hill that the “Hollywood bowl” scenic overlook is situated on.

This place was directly behind and above me as I was taking the picture of the Hollywood sign. I just turned around to snap this shot.

And finally, the definitive downtown LA panorama, click at your peril…the full sized version is 3.4 Mb.

That’s it. Now I’ll stop torturing you with California pictures.

Interestingly, less than a week after I left California, I was almost as far away from LA as you can get and still be in the Continental US: Kennebunk Maine. Guess what I’ll be posting about next?