As previously mentioned, a matter of days after returning from my trip to California, we headed north to Maine for my Grandfather-in-law’s funeral.

We were in Kennebunk, in southern Maine, not too far from the New Hampshire border and right on the coast. It is very near Kennebunkport which you may have heard of. It is the location of the Bush’s family retreat and was in the news several times during the various Bush administrations. We actually drove by the compound, but there was no parking available and we were short of time so the one picture I took from the truck on the way by didn’t come out. It was overcast so the shutter speed was too low and the picture was blurry. 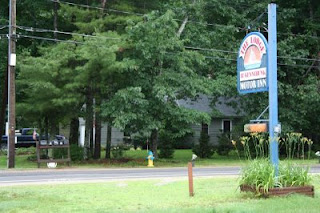 Anyway, the hotel we stayed at: “The Lodge of Kennebunk” was conveniently right across the street from my wife’s Aunt’s place…which is nestled in the trees beyond the hotel sign in this picture. 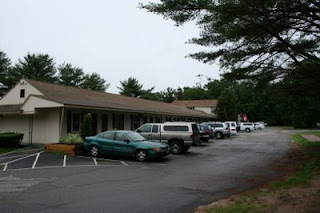 The hotel was dated and definitely wasn’t anything special, but it was clean and resonably priced.

We got there at about 10:30 Thursday morning after traveling all night. Basically, we checked in with the family to let them know we’d made it, went and got some lobster to eat (it was Maine, after all), checked into the hotel and went to bed.

We slept for a few hours and then reconnected with the family.

The funeral was on Friday. I won’t bore you with pictures of a funeral for someone you’ve never heard of, but it was a nice service and he is resting in a beautiful location. 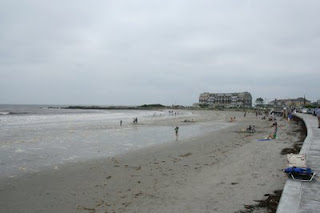 After the funeral we were going for a family dinner at a restaurant in Kennebunkport so we stopped off at the beach on the way. 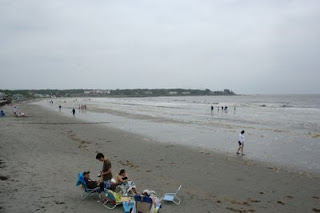 It was overcast and not overly warm, but there were plenty of people out and even some in the water. 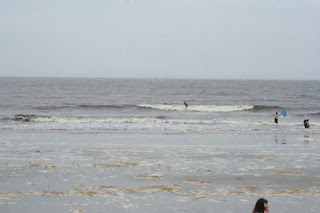 Surfing always fascinates me. Didn’t have much opportunity to learn that skill growing up in the corn fields of Indiana so I always enjoy watching in amazement as they ride the waves and don’t go tumbling head over heels every time they try to stand up on those things.

The dinner was nice (guess what we ate) but, again, I won’t bore you with pictures of people you don’t know. After dinner we headed back to the Aunt’s house for more family time. 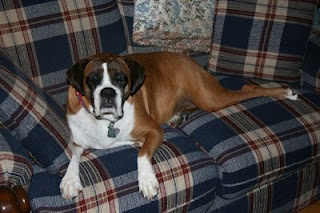 Sassy is the master of this home.

My wife’s always wanted a boxer becuase she grew up with them. I’ve always had mutts and I simply don’t see the purpose in paying lots of money for a pure bred dog when there are so many dogs in shelters that need homes. Every dog I’ve ever shared my home with (with one notable exception that is beyond the scope of this post) has been a rescue in one form or another.

After having spent a weekend with a boxer close at hand, I’d have to say that they are a little bit hyper for my taste anyway….not that we don’t have a hyper dog now; Roxy’s alternate name is “90 pound chihuahua” after all…but I prefer my dogs a little less…um…emotional. 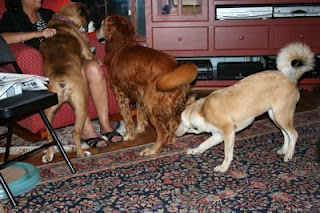 One of the wife’s cousins brought their two dogs with them too. The setter mix is Neal and he’s a ~15 year old unaltered male. He took quite a shine to Sassy, even though she’s been spayed and studiously ignored his attentions.

The puppy, Maya, was quite annoyed that her big brother was ignoring her and wouldn’t play…so she kept biting his ankles insistently. 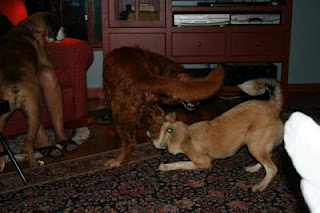 I actually felt a bit sorry for Neal. All he knew was that there was an attractive, unattached babe in the house – that wouldn’t pay a bit of attention to him.

He was very cute about it, giving her little licks on her ears and flanks, snuggling in close to her whereever she went… 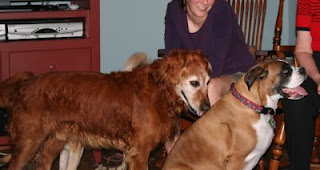 And I mean WHEREEVER she went. They were like siamese twins.

I think Sassy liked all the attention to some degree, even if she wasn’t sure what it was all about.

Sunday was a beautiful day. We decided to take advantage of it and did some sightseeing. We went back out to the cemetary to see the gravesite after they’d put the hastas back in place and to visit some other relatives that were buried there. 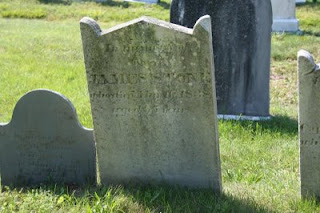 I even found some headstones from the mid to late 1800’s with the last name of “Stone” on them there. Long lost relatives of mine? 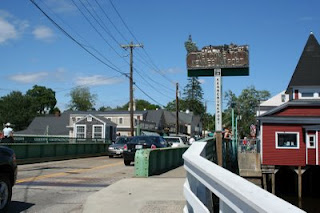 Then we went into Kennebunkport to see the town and do some shopping. 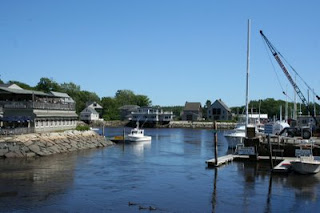 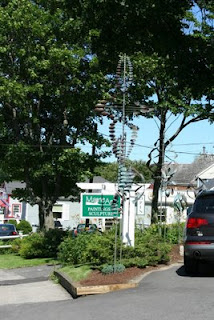 Some interesting wind art that reminded me of a scene from the movie “Twister” a few years back. There was lots more, but this was the one I liked the most. 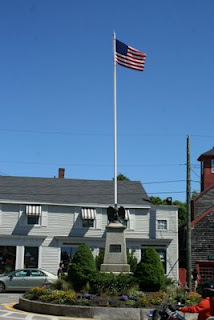 And, of course, the obligatory flag picture…it was the 4th of July weekend after all. 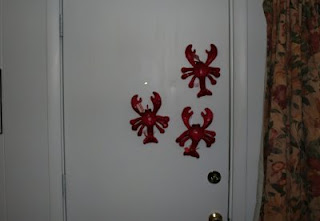 We picked up some cool little stuffed lobsters with magnetic feet for the grandkids.

And somehow, I’ve gotta figure out a way to incorporate this into my blog theme.

After that, we met some family back at the Maine diner for one more meal of lobster before heading back home. We ended up pulling out about 9:30 Sunday night and making it back home at about 10:00 the next morning. Interestingly, the only traffic we ran into on the way back was at the Chesapeake Bay Bridge Tunnel, less than 20 miles from home. They were doing maintenance and had a section of the bridge closed down which tied up traffic there pretty badly.

And that’s about it. I’m itching to do some gunsmithing stuff since it’s been so long so hopefully I’ll have something to post related to guns here soon.