[UPDATE] Bitter points out in comments that the organizations all us the same “online tools” provider which explains the similarities. Good catch on her part. Of course, that doesn’t DISprove that there’s coordination going on…and, as she points out, there’s much better evidence of astroturfing out there than this…it was just something that caught my eye that no one else had mentioned. As you were. [/UPDATE]

I was reading a post this morning revealing that some democrat representatives are attempting to have “town hall” meetings in relative secret…only announcing them publicly at the last minute and with little fanfare.

The only way that opponents of the health care boondoggle were finding out about it was by being signed up to get e-mail alerts from the organizations supporting the legislation. Apparently, the supporters were being informed about the meetings and were sending out e-mails urging their shock troops to attend the meetings that hadn’t even been officially announced yet.

That’s not the point of this post so I’m not going to bother trying to find the links again. Basically, I decided it would be a good idea to keep up with what the opposition is doing in case they try that here, so I decided to sign up for e-mail alerts from a few of the big groups. 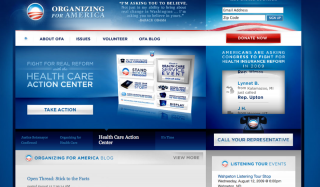 I started out with “barackobama.org”, otherwise kown as “Organizing for America” 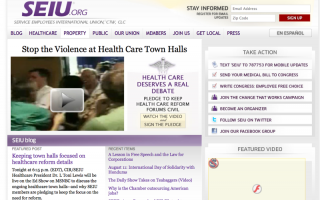 Then I went to the SEIU web site. 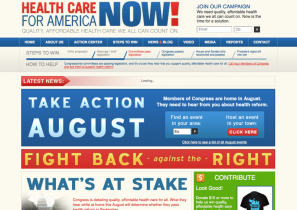 Then “Healthcare for America Now”

Notice any similarities? Notice that every one of their e-mail alert signup sections are virtually identical.

What’s more, after entering your e-mail address and zip code into two of them, you get a very similar “tell your friends” page. 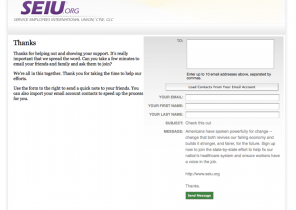 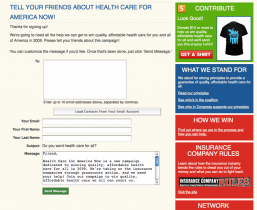 I’m not much of a conspiracy theorist, and I realize that they might just be plagiarizing each other or have happened to have picked the same web site formatting software…

But I have to say that I’ve never seen such similarities in other web sites stand out quite that much. I do frequent opposition web sites pretty regularly to keep up with what the other side is saying and I’ve just never seen this before. Even the anti-gun sites that are known to have many of the same funding sources and even the same members don’t have such striking similarities in their sites.

I don’t know…but it seems to me that the astroturfing charges that are flying around in reference to those opposed to nationalized health care sure do look like a classic case of projection to me.