I’ve got a bunch of gunsmithing projects that I need to get to but I’ve just had too many other things going on lately to get to any of them.

So, of course, what I obviously need is…another project.

I’ve been trying to decide what to build with “Obama”…the second CMMG ARArmalite Rifle - The official designatio... More lower that I bought back in November of last year in memory of the election of our Dear Reader. 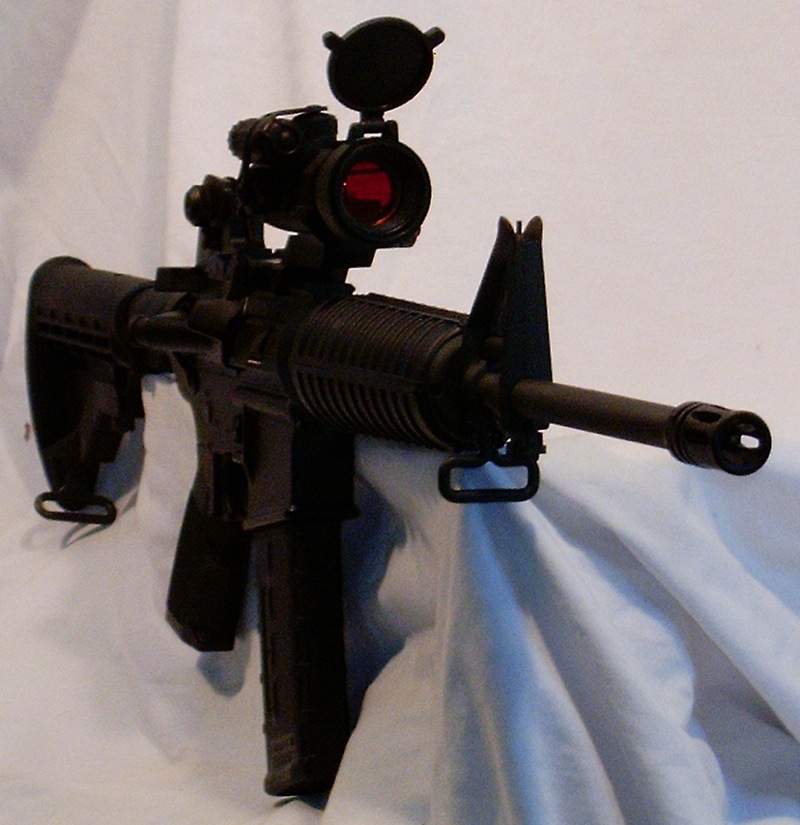 I was thinking about building a 6.8spc6.8mm Special Purpose Cartridge (Remingt... More carbine on it…but I’ve got a carbine (“Barack“) and that lower would work just fine with a 6.8spc6.8mm Special Purpose Cartridge (Remingt... More upper. I’ll still probably build a 6.8 upper at some point, but I wanted to do something different with Obama that would make it worthwhile to have the second lower…it seems silly to me to have two virtually identical ones that serve the same purpose.

Parallel to deciding what to do with this lower, I’ve wanted a National Match ARArmalite Rifle - The official designatio... More to shoot in Service Rifle competitions for a long time. When I shoot with the Navy Marksmanship team I usually use one of the loaner rifles. They are all excellent and well cared for and shoot way better than I do, but I’ve wanted one of my own for a long time.

I think you can see where I’m going with this.

I’m going to build (or, more accurately, assemble) a National Match ARArmalite Rifle - The official designatio... More on my second CMMG lower. Considering that I’ll just basically be putting parts together, I see no reason that, with some care, thought and patience, I can’t put together a sub-moa rifle…so that’s what I’m gonna do.

I have been kicking this around for awhile now, but what finally got me off the pot was a sale an A-2 stripped uppers from Yankee Hill Machine. They’re normal price of $99.00 was reduced to $69.00 and I just decided I couldn’t pass it up. 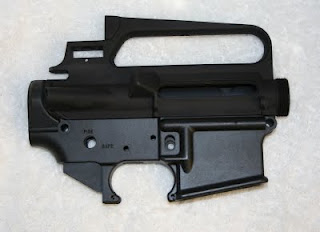 So, here you go; the beginnings of the Sailorcurt Arms National Match AR-15:

CMMG lower, YHM A-2 upper. Yes, I noticed that the finishes don’t match. When you’re on a budget you can’t really worry too much about aesthetics…as long as it puts the holes where I’m pointing it, I can’t be too picky about finish.

After I win the lotto, I’ll build another one and have Lauer Custom Weaponry duracoat it in Ocean Camoflauge in memory of my 21 years of Navy service.

I was looking at the White Oak CMP match barrel but they only offer it in 1:7 twist which I think is a bit too fast. I’d like to keep the option of shooting lighter bullet weights open, even if it will be primarily used for the heavier match bullets.

Another option is the Shilen Stainless Steel HBAR Match Barrel (with headspaced bolt) (1:8 twist, .223 Wylde Chamber) from Midway USA. It’s a bit more expensive, but is in the twist rate that I want, and I really don’t see any purpose for the flash hider on a competition barrel. The issue with that one is: will I have to take it to a gunsmith to get the holes cut for the FSB taper pins? That will add another expense. I’d try it myself, but I just don’t have the equipment for that.

There are a couple of other options I’m looking at, but those two look the best so far.

For my trigger choices, I like a two stage trigger, so I’m thinking either the Bushmaster (If they ever get them back in stock), or the Rock River Arms two stage. I thought about Geissele or Jewell, but the budget is of concern. If I have an extra $100 or so laying around, I may choose one of the higher end models.

For sights, the Rock River 1/4moa x 1/4moa seens like the best deal. For $110 you get both the rear sight assembly and the front NM sight post. Midway USA also has a Bushmaster 1/4 x 1/4 MOA rear sight for slightly more. If I get to the point where $40 is critical, I can always go with the less expensive DPMS 1/4 x 1/2 moa sight from Midway.

For the free float handguard, there are many choices but they’re all in the same price range. The DPMS from Midway seems to be the best price I could find, but one reviewer didn’t like the location of the sling swivel mount. If I end up ordering the Rock River Arms trigger and/or sights, it would be convenient just to order their Free Float barrel sleeve and handguard at the same time…besides, I know that I’d be happy with how that handguard looks and functions because I’ve used Rock River Arms rifles before.

As far as balance weights, Ray Vin seems to be the best priced solution for that…short of just making my own. Their prices are pretty good though. Using fishing weights or lead shot probably wouldn’t be much cheaper, and would require labor to form and attach to keep them from shifting around.

All the other parts will pretty much just be well made standard parts. I see no need for expensive “match grade” bolt carriers or gas tubes or other parts that have minimal impact on accuracy. The lightweight bolt carrier I can actually understand, but I seriously doubt that the benefit would be worth the added expense.

I’m thinking that the best money spent on match grade parts will be on the ones listed above.

Anyone have any insights or tips that could help me with this project? Input and advice is welcome.

I’m going to use the posts relating to this to keep track of the costs as well as my progress and results. To that end, here’s what I’ve got into it so far:

5 thoughts on “My new project”