Jay G, over at MArooned, gave away some of his “tells” in a blog post today…ways that an observant person might be able to tell that he’s carrying his defensive firearm.

I think it’s only fair that some of the rest of us come clean too. 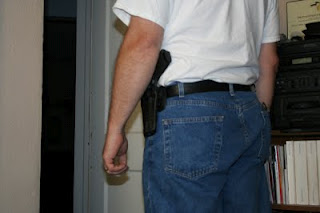 If you see that, there’s a really good chance that I’m carrying my defensive firearm that day.

I’m thankful every day that I don’t live in the occupied territories. Living (relatively) free is a wonderful thing. 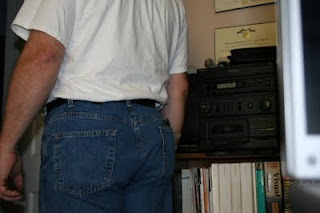 I must admit, though, that it is sometimes advisable to be more discreet. On those days, I’d like to think that the fact that I’m carrying will only be noticeable to those who are VERY observant. 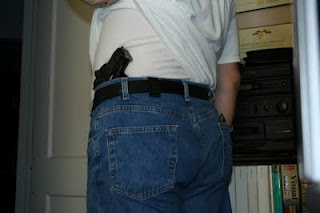 It’s virtually impossible to make even a relatively small firearm completely disappear, yet still have ready access to it…but I’m pretty confident in the concealment of even my fairly fat, double-stack mag CZ-82 when using the Crossbreed Supertuck IWB holster.

I’ve even surprised my wife a couple of times when she didn’t think I was carrying…she’s used to me carrying openly and,because she couldn’t see it, didn’t realize I had it on me until seeing me remove it after the event.

Now she pretty much assumes that I’m armed all the time whether she can se it or not…and is pretty much right.

Important safety tip for criminals: if you see me out in public, it’s best to just assume that I’m armed…because you’ve got about a 90% chance of being right.