One reason I didn’t get more of the ARArmalite Rifle - The official designatio... More build posts done this weekend is because I spent all day Saturday at the Airfield Shooting Club exercising my freshly minted NRA instructor creds. 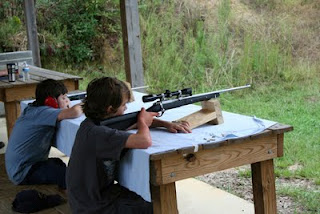 First we did basic rifle marksmanship for 20 boy scouts.

We had 5 rifles…three scoped and two with open sights…so we rotated them through in four relays.

We tried to give them all a chance to try both styles. 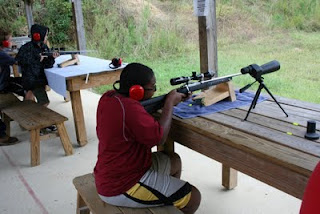 Many of them had a tendency to want the buttstock too low and/or toward the center of their chests. 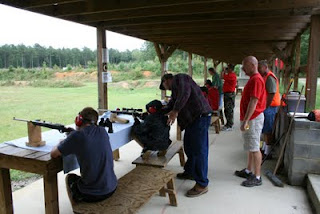 Especially when the rifles don’t exactly “fit” some of them very well.

Several kept trying to use the wrong eye to sight down the scope…even though the dominance test demonstrated that they were strong-side eye dominant. 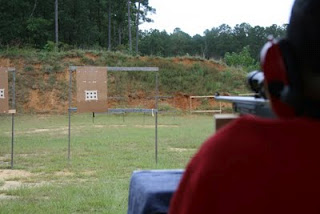 But ultimately, all of the kids did reasonably well. 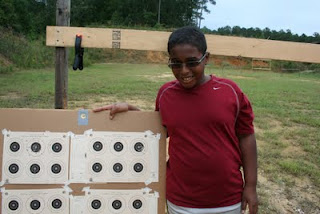 Some of them did very well. 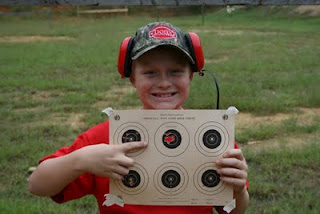 And a few of them did exceptionally well. 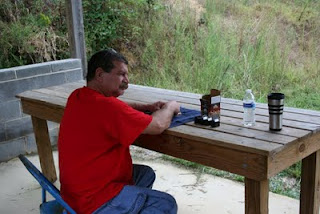 And I’m pretty sure that, if the designated loader never sees another Ruger style rotary .22 magazine again for the rest of his life, he’ll be a happy man.

While the kids were getting in their range time, some other instructors had a class of about 30 adults doing the classroom part of the “First Steps” Pistol class.

After the boy scouts were finished, a few of us who had been working with them, stayed to help out with the range portion of the adult pistol class. You need more instructors on the range than in the classroom to ensure safety and give everyone the attention they deserve.

After that, I fired some more break in rounds through my newly assembled ARArmalite Rifle - The official designatio... More and I think I got the FSB adjusted properly for windage. I still don’t have the ammo that I want and there was a slight breeze so it may be off a little, but I’ve got it pretty close. After I get some “correct” match ammo, I’ll fine tune it and then lock it down by using thread locking compound on the set screws.

The wife of one of the other pistol shooters was “oohing” and “ahhing” over my rifle as I was shooting. She told me she’d only fired handguns and had never fired a rifle before, so I gave her an opportunity to give it a try. She had a bystander take pictures of her with her phone, but I didn’t get any…I was coaching her. But after she put some rounds downrange, she got up with the biggest grin I think she could have possibly fit on her face without breaking something. I think she’s sold. It wouldn’t surprise me to see her with one of her own out there soon.

All in all, it was a little bit of a long day, but knowing that I had played some small part in ushering some 50 new shooters into the world of the shooting sports made it well worth it.

BTW: While I was on the ASC site to get the URL for the link above, I noticed that there’s going to be an M1 Carbine match there on the 17th of October. That date sounds familiar so there may be something else going on that day that I need to attend to, but if I can fit it in, I’ll have to add that to the calendar.