I had the opportunity to help teach a boy scout troop about shooting at Airfield Shooting Club again this weekend. I took as many pictures as I could and still fulfill my obligations in helping instruct.

This time I helped out with the Shotgun part. 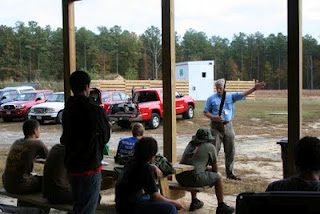 We had three groups of ten kids each and the Club’s Lead Instructor, Dale, started out each group by going over the safety rules and proper gun handling… 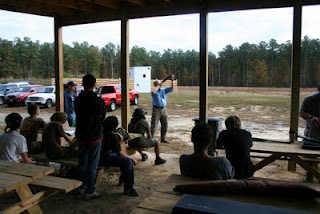 …and the differences between shotgunning and riflery.

Although I grew up shooting shotguns and rifles, I must admit that the finer points of shotgun technique is my weakest area of the three disciplines I’m certified to teach, listening as Dale lead the classroom portion was as much a learning experience for me as it was the kids. 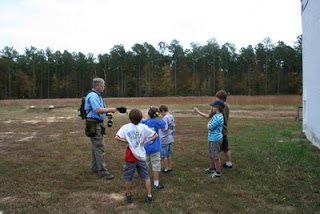 Then we’d split them into two groups of five. Dale and I worked with one group as a couple of other instructors worked with the other group. 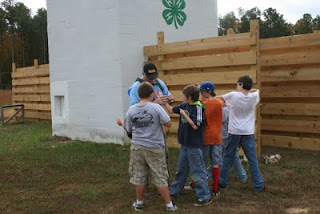 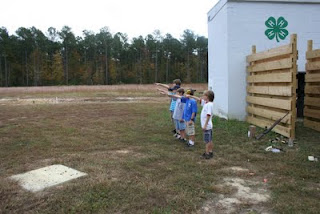 Then working on some pointing drills to help them with following moving targets. 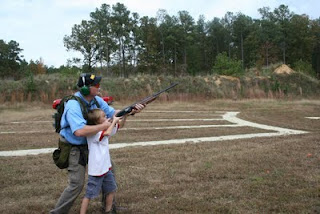 Then, on to the shooting.

I have to say that Dale is excellent with the kids…especially the younger ones…helping them with their stance and handling the guns and staying very encouraging and positive.

I don’t think there was a kid out there who didn’t break at least one target and some of them got quite good by the end of the session.

With a few of the kids who were hitting more consistently, I put my camera in auto mode and took some progressive pictures to get some action shots of clays being broken.

Some of them came out quite good I thought…on a few you could actually see the shot in the air at various stages. 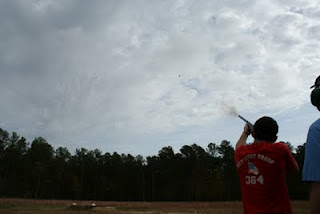 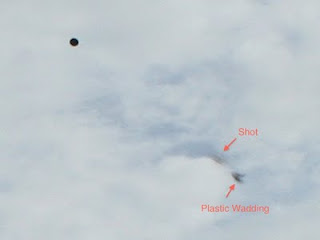 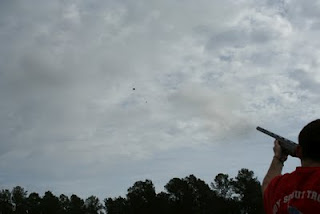 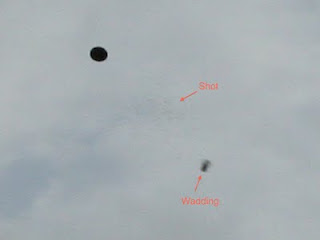 And in this one, I captured it right as the shot was impacting the bird. 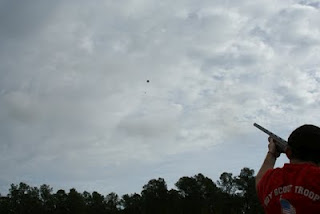 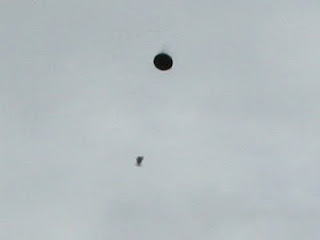 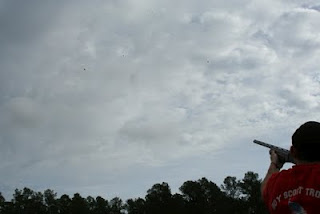 And the aftermath, this is the very next frame, about 1/3 of a second later.

It was a very fun day, I learned a lot of new things and got to pass on some new things to about 30 new shooters.

I can’t think of a better way to spend a Saturday.

Finally, the grand finale: I put a bunch of the stills I took together as a video. it’s only about a minute long:

1 thought on “Another productive Saturday”