I’ve been waiting and waiting for Al to visit Hampton Roads and it looks like he’s finally hit town.

This is only the second significant snowfall that I’ve seen in the 15 or so years that I’ve lived here. 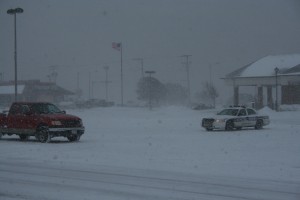 Remember, I’m from Indiana.  I don’t consider snow to be significant until you get up to around 6″ or so. 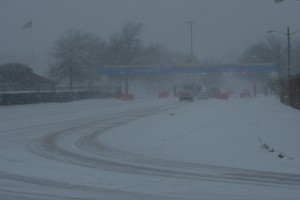 Here a dusting is significant and they start issuing school closings if they FORECAST any accumulation. 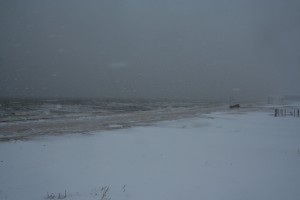 Anyway, I went down to the beach (Chesapeake Bay, not Atlantic) too see what it looked like. The wind is quite strong, was blowing off the water and was downright brutal. 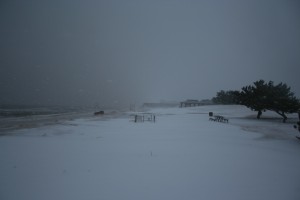 I tried to stitch together a panorama from the beach, but the wind was too strong so the series of pictures I took was too unstable for my stitching software to do it’s trick. I’ll try to do one manually when I’ve got the time. 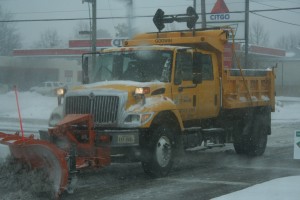 And, finally, during the hour or so that I was out, this is the only city plow I saw (there was one government pickup truck with a plow clearing the approaches to the Navy Base gate as well).

This doesn’t surprise me overly considering that snow is not a normal occurrence here.  I will say that traction wasn’t too bad (I did discover that my autolocking hubs aren’t working, I had to lock them manually) because the snow is fresh and there’s no ice underneath so lack of plowing hasn’t been much of a factor yet.

We’ll see what it’s like if we actually get the 12″ they are predicting.

Also, generally when it snows here it’s barely below freezing so, during the day, a layer of slush forms, then at night it freezes solid so morning driving may be tantamount to the ice capades.

I may venture out again later (maybe tomorrow) if we actually do get our foot of snow and get some more pictures. 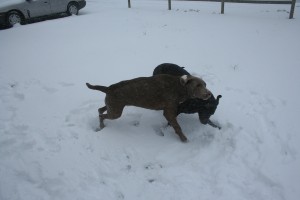 At any rate, as long as the heat’s on, I love it.  Brings back memories of my childhood winters in Indiana.

And the dogs think it’s pretty cool to play in too.