Not a lot of riding today, but a good day nonetheless.

Started out with a quick devotional in lieu of formal church service. 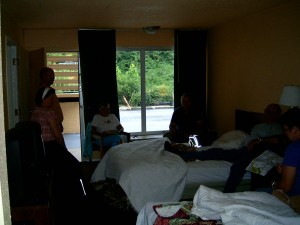 Remember how I hinted that our accommodations were somewhat less than stellar?  Well, I was wrong.  Apparently, the Masters Inn is a very religious establishment.  They even provided Holy Blankets. 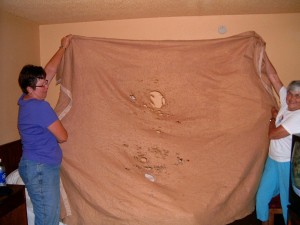 What’s this?  Could it be the face of…..oh….nope…just Keith. 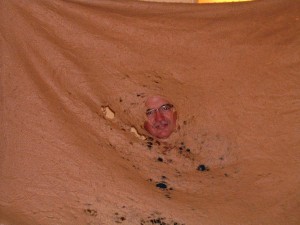 Anyway, the sky was dark and forbidding and even sprinkling a little, so we wore rain gear again just in case, but it never did really rain on us today, so it was a much more pleasant riding day than yesterday. 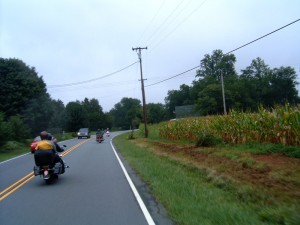 As I said before, we actually didn’t travel that far today.  We did take a small detour to hit a town called Mocksville, NC.  Apparently, several years ago, Mocksville was the intended destination of Keith and Susan on a camping vacation.  Their truck broke down in Charleston West Virginia and they never made it to Mocksville.  They wanted to swing by to take a picture to prove that they finally actually made it…only 12 years or so late. 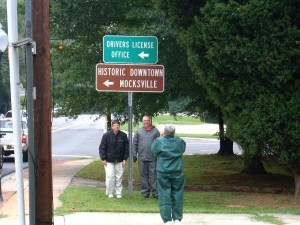 We stopped for some fine dining at lunch time. 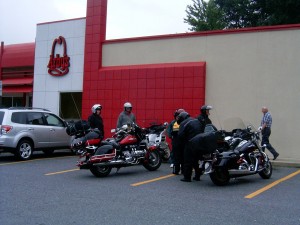 And hit a flea market that was just getting set up.  Slim pickens.   I think I was the only one who bought anything.  A couple of pairs of cheap motorcycle glasses to replace one pair with a broken frame, and another pair that never did fit quite right. 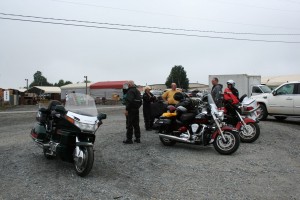 We finally ended our traveling day at the home of Ron and Mary’s nephew, who is one of the directors of a Southern Baptist camp and conference center called “Camp Caraway” near Sophia, NC. 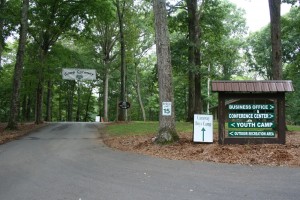 What a beautiful facility they have there.  Ron and Mary’s nephew and his wife live in a home provided on the facility.  After we got settled in and rested a little, they gave us the grand tour. 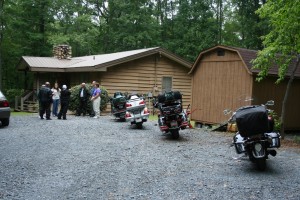 They have a beautiful conference center… 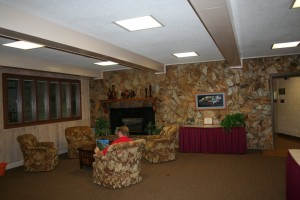 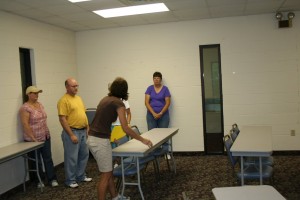 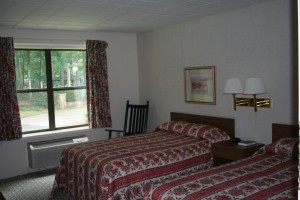 Outside, they have many buildings that house bunkroom style bedrooms for kids, camping areas, an outdoor chapel…. 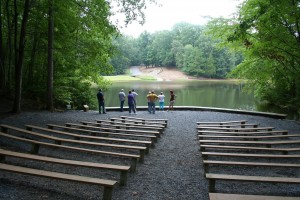 Dedicated to one of the founders of the facility. 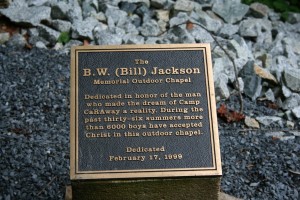 And recreation…do they ever have recreation.  A climbing tower and high rope area. 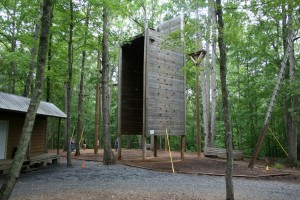 A pond with lots of fun water recreation equipment. 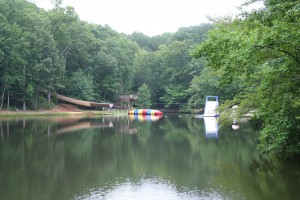 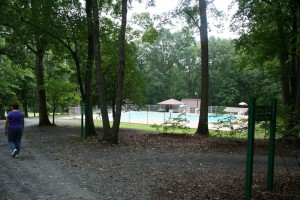 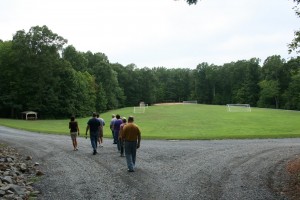 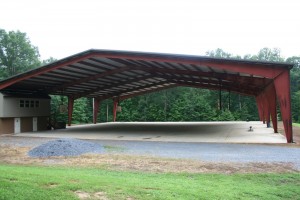 What a wonderful facility they have there, open to Churches, schools, and other non-profit organizations for use throughout the summer.

After the tour and a much needed shower, The Kohns treated us to a dinner of taco salads, fresh watermelon and pineapple, and a desert of homemade “Cookies and Cream” Ice Cream. 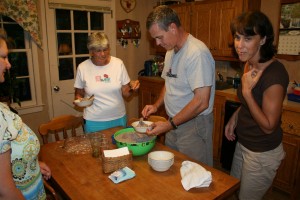 So, in a nutshell, not as much traveling today, but a fine day was had nonetheless.