Sorry it took so long to get this final post up.

I spent Day Seven driving home and, after I got home, was just relaxing and spending time with the wife and dogs.  Today, I spent all day catching up on all the stuff that I missed during the week I was gone

First, Day Six festivities.  The day started out sunny and hot again.  It’s even more humid in South Carolina than Virginia.  I wouldn’t have believed it if someone had just tried to tell me that.  You’re almost instantly wet as soon as you walk out of the air conditioning. 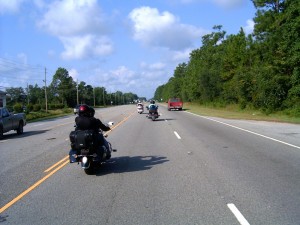 We were only about an hour from Charleston, but just before we got into town, the skies started looking forbidding. 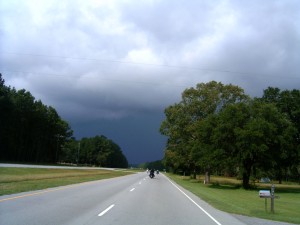 I’m actually glad we took the detour because it was very interesting.  Francis Marion was the “Swamp Fox” of Revolutionary War fame upon whom Mel Gibson’s character in the movie “The Patriot” was loosely based.

Luckily, the storm passed and we got back underway within a half hour or so.

On the road to Charleston, I kept seeing these strange wooden structures that looked almost like they could be bus stops, but were too close together and were of very rough construction. 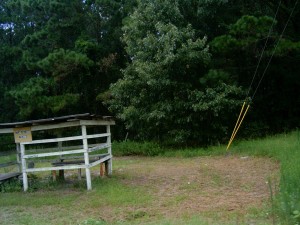 After a couple of miles, their purpose was revealed.  Some of the natives still practice the art of weaving baskets and other items from the local sweetgrass.  They use these makeshift roadside stands from which to market their wares. 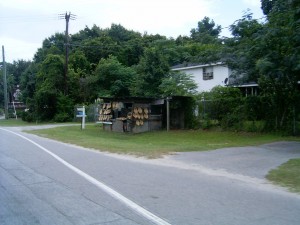 The baskets, place mats, hats etc really were beautiful and the artistic talent necessary for creating them was obvious.  I didn’t have room on the bike to get any home unsquished, or I would have considered buying something.

After reaching Charleston, on the agenda for the day was “Patriot’s Point” in Charleston Harbor.  This is the home of the USS Yorktown (CV-10)… 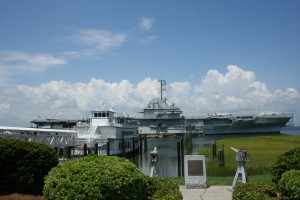 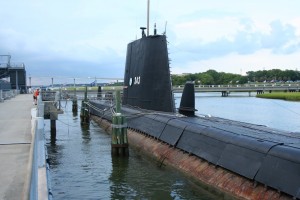 A mockup of a Vietnam Support Base… 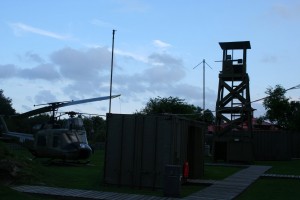 And other attractions.  The area is also the point of departure for the ferry to Fort Sumter.

We started out by buying our tickets for the Museum area, which got us into the Chief’s Mess of the Yorktown for an authentic Navy Meal. 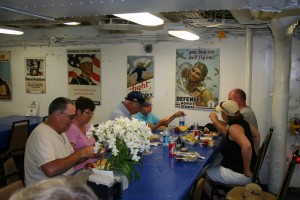 I can’t vouch for the authenticity of the hot food because none of us were in the mood for anything heavy so we stuck with sandwiches and salads, but it sure looked and smelled authentic.

One thing that struck me immediately was how little had changed in the general look and feel of Navy ships between when the Yorktown was commissioned in 1943 and the more modern ships upon which I served for 21 years.  The Yorktown even smelled the same as the Navy ships that I remember.

Anyway, we wanted to make the 1:30 ferry to Fort Sumter so after eating, we left the ship and went to the ferry landing. 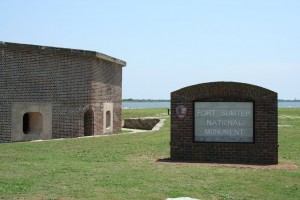 This is a model that resides in the museum, of what the fort looked like before it was basically destroyed by bombardment during the civil war. 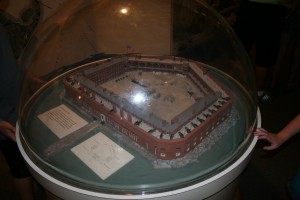 Very cool stuff if you enjoy history.  Charleston is a very pretty place, even if the weather is a bit inhospitable in the dog days of summer. 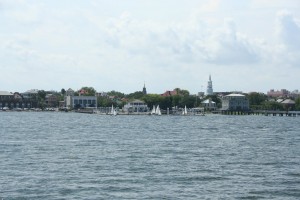 After getting back from Fort Sumter, we returned to the Yorktown to look around.  There’s plenty to see and we actually didn’t get to do all of the “Tour” routes.  I won’t bore you with the hundreds of pictures I took but I thought this one might be interesting.  Racks of M1 Garands in the Armory exhibit. 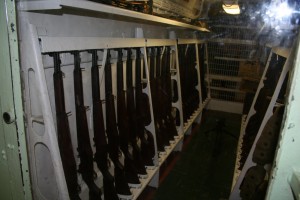 I don’t know if they were functional or not, but they looked real and complete and I didn’t notice anything obvious deactivating them.  Possibly firing pins removed?  Easy enough to fix.  Almost seems like a shame to see them just sitting there on display, lifeless and forlorn.

We toured the two ships and the Vietnam Support Base (which was very interesting) before it started getting dark and we had to call it a day.

I mentioned that we had an interesting experience at dinner.  After getting to the hotel, cleaning up and resting a bit.  None of us wanted to get back on the bikes to get dinner, so we chose a place within walking distance.  The hotel was on one side of a small river, and the dining facility was on the other. 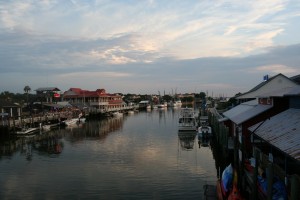 We walked over to discover that the primary purpose of this establishment wasn’t dining, but it was mainly a bar.  Oh well…we still didn’t feel like going anywhere else, so we chose to stay, despite the limited menu and loud atmosphere.

After waiting only an hour to be seated, we finally got a table and ordered our meals.  As we walked in, I noticed that our table was right next to a stage set up for a band, but it was a Tuesday night, surely they wouldn’t have live music on a Tuesday would they? 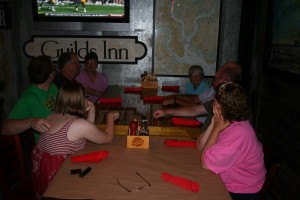 Shortly before we got our meals, we found out…why yes, yes they would.

It would have been tolerable had the band actually been good.  They weren’t.  So, not only was conversation during the meal out of the question, but we had to endure some of our favorite songs being butchered and tortured almost beyond recognition.

The really frustrating thing was that, about the time our checks came and we were settling up the bills, they finished their set and said goodbye for the night.  The noise level finally got down to where we could have at least had a shouted conversation right as we were leaving.

Oh well…at least the food was good.  I had a crabcake hoagie.

That was it for the night and we returned to the hotel and quickly retired.

First thing the next morning, I loaded up and headed home, making the 435 or so miles in about 8 hours.  I only stopped twice and one was just a quick “splash and go” for gas.  I was happy to get home, but boy was my butt tired. 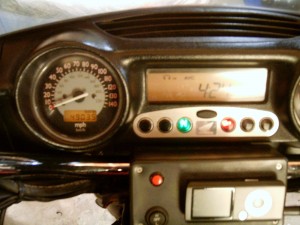 Not a bad trip at all.