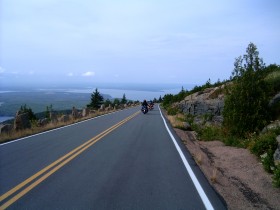 After the boat tour and lunch on Friday, we took a ride to the Acadia National Park. We decided to do the park loop road, but first rode up to the top of Cadillac Mountain. 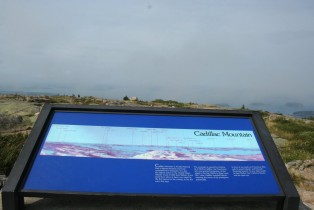 As we approached the summit, we drove right into a cloud so the view from the top was less than ideal. 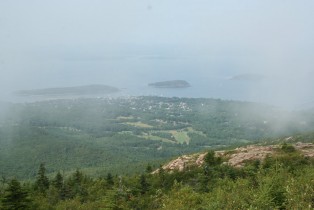 Although there were periods where the clouds thinned out enough for us to get a view of the surrounding areas. 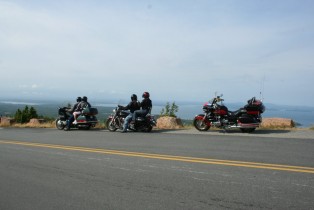 We didn’t stay long at the summit and headed back down. As we drove out of the cloud at the top of the mountain, the views cleared and we stopped at some of the scenic overviews to take in the vistas. 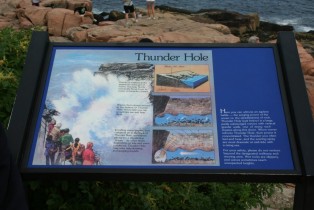 After Cadillac Mountain, we continued on the road that loops the perimeter of the park, stopping occasionally to see the sights, like “Thunder Hole” 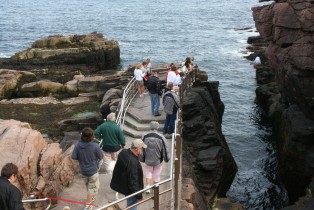 The tide was going out, so the booms weren’t as impressive as they say they are with the tide incoming, but it was still pretty neat. 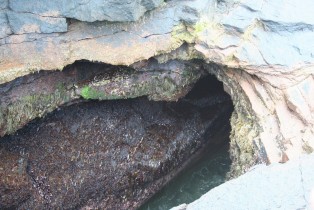 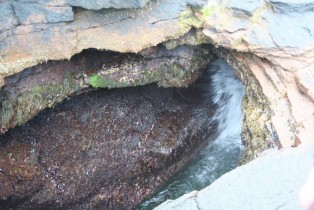 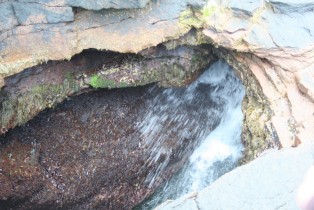 We had a little excitement toward the end of the day. We hadn’t gassed up since leaving the hotel in the morning and, after riding the perimeter of the park, we were getting pretty low on gas. We all assumed that a gas station would be nearby, but the GPS said the nearest one was 12 miles away. We were pretty much going on fumes by the time we got there and are lucky that none of us ran out completely on the way.

BTW: After gassing up and heading back, we realized that the GPS didn’t have all the gas stations in memory, because if we’d turned right at one intersection versus left as the GPS directed us, there was a gas station about 100 yards from the intersection. We’d have had gas some 6 miles closer than the station the GPS led us to.

Oh well. At least we all made it.