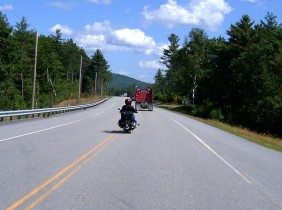 Thursday was a pretty uneventful day, as we basically waited until about noon to see if Keith and Susan were going to be continuing with us or renting a car. As soon as it was obvious that they were going to have to go find a rental, my brother, his wife and I headed on to Bangor, Maine.

The drive was very nice, although seeing these signs every few miles was a bit disconcerting. 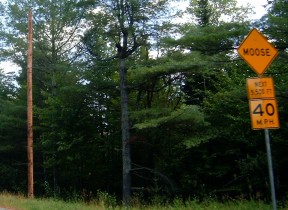 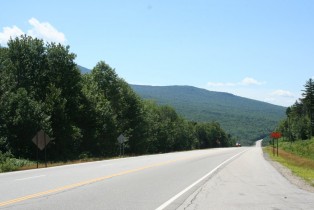 Regardless, the scenery was beautiful, whether of a mountain vista in the distance 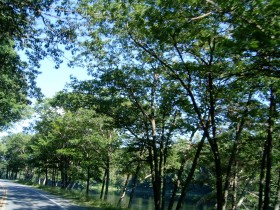 Or of a bubbling river running alongside the road.

We even got to Bangor in time to go catch the new Captain America movie before the rest of the crew arrived…half of them on four wheels. 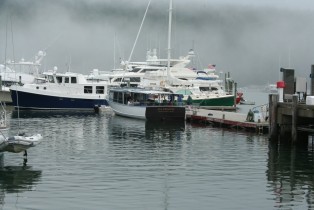 On Friday, we headed to Bah Hahbah (that’s the local pronunciation, those who aren’t “r” challenged say it “Bar Harbor”) and took a boat tour of the area, some of the bays and the Cranberry and surrounding islands. 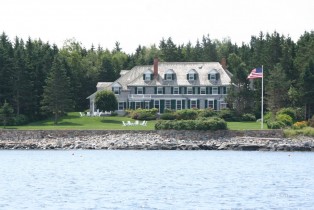 I won’t bore you with the hundreds of pictures I took, but I do want to show you a few. The wealth and opulence on display, both ashore, 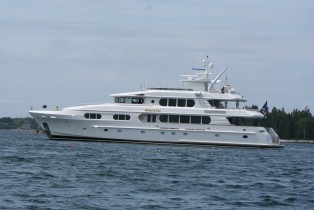 and at sea, were staggering. 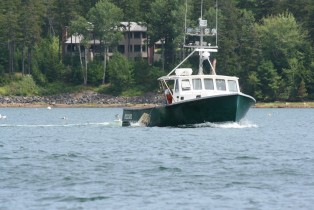 But, right alongside the playthings of the ridiculously rich, were the people who, through hard work and perseverance, make their livings from the sea. 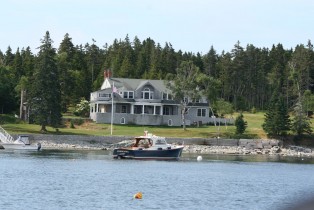 The most interesting thing about the houses…some would say mansions…that line the coast, is that most of them are empty except for a few months during the summer. Just little summer cottages on the coast of Maine. 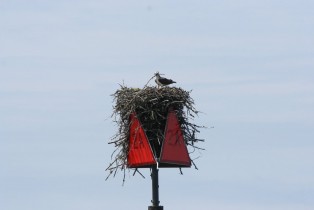 It was a very interesting tour of the harbor and we even got to see a few of the more colorful local residents, including the Osprey currently residing in “apartment 2A” as the tour guide called it. 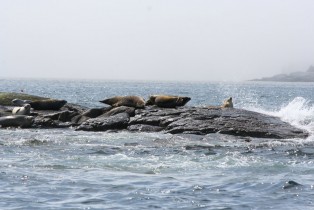 We were out during high tide. The guide seemed to think it unusual, but there were plenty of seals sunning themselves on the low (or high, depending on your perspective) rocks in the bay. 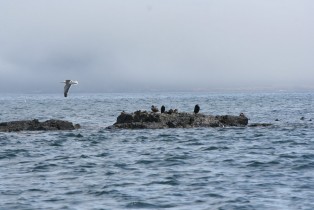 And Cormorants and Seagulls were in no short supply. 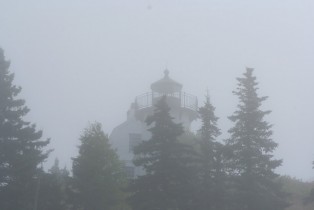 It was a very nice tour and the weather couldn’t have been better after the morning fog burned off.

After the boat tour and lunch, we headed to the Acadia National Park for a ride up Cadillac mountain and around Ring Road, but I think I’ll leave those pictures for the next post.