Sorry it took so long, but I’ve been busy since I got back.  Better late than never.

I did my sight seeing on Saturday.  The day started out a bit cloudy, but cleared up in the afternoon.  It was a bit cool which I think thinned the tourists out some which was a blessing.  I’m not a fan of big crowds. 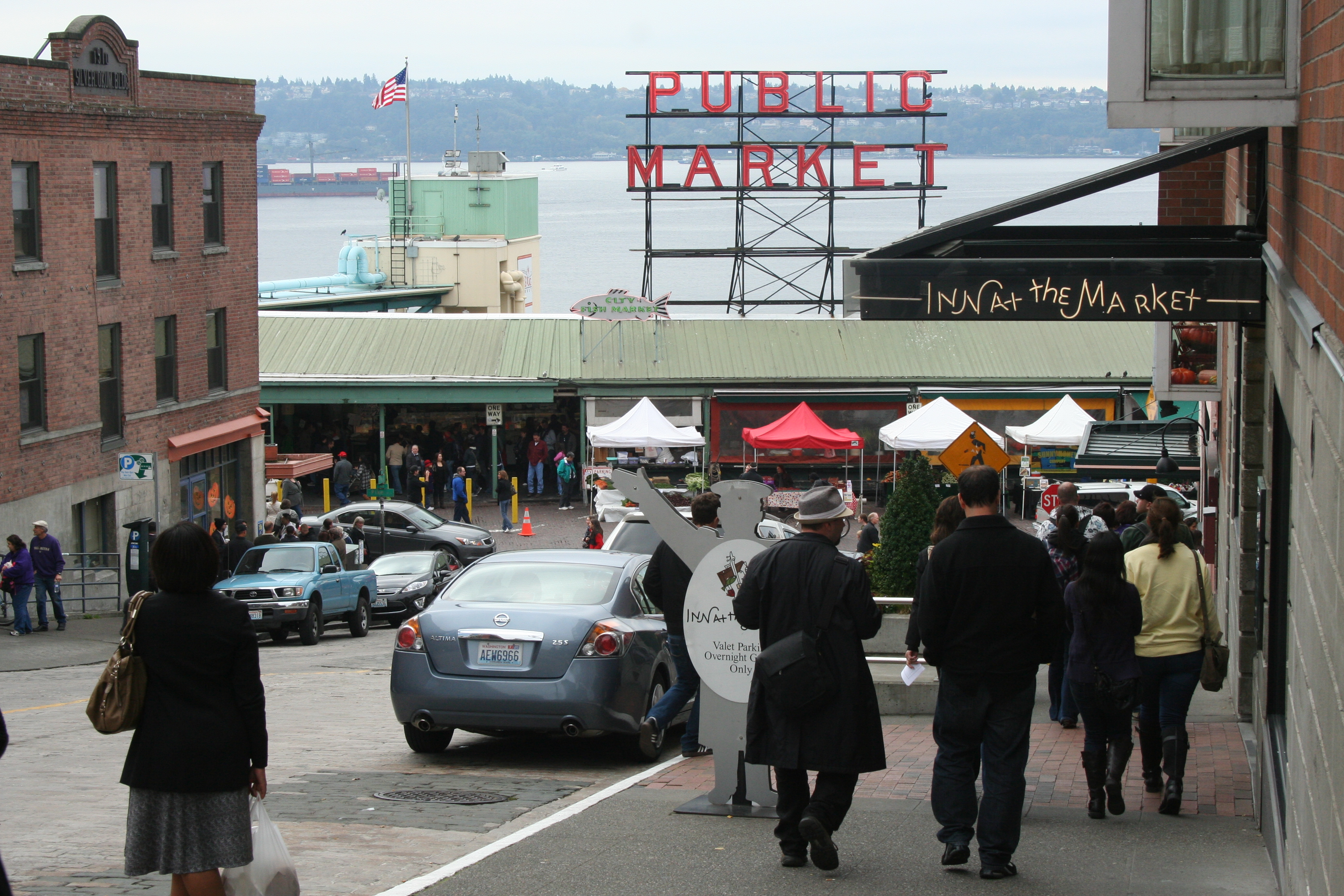 The Hotel shuttle dropped me off downtown just up from the Pike Place Market…home of the low flying fish.

I wandered through there, bought a couple of souvenirs and stood at the Fish Market for a while, but didn’t get to see any fish thrown.  Apparently that only happens when they make a sale and sales seemed a little slow that day. 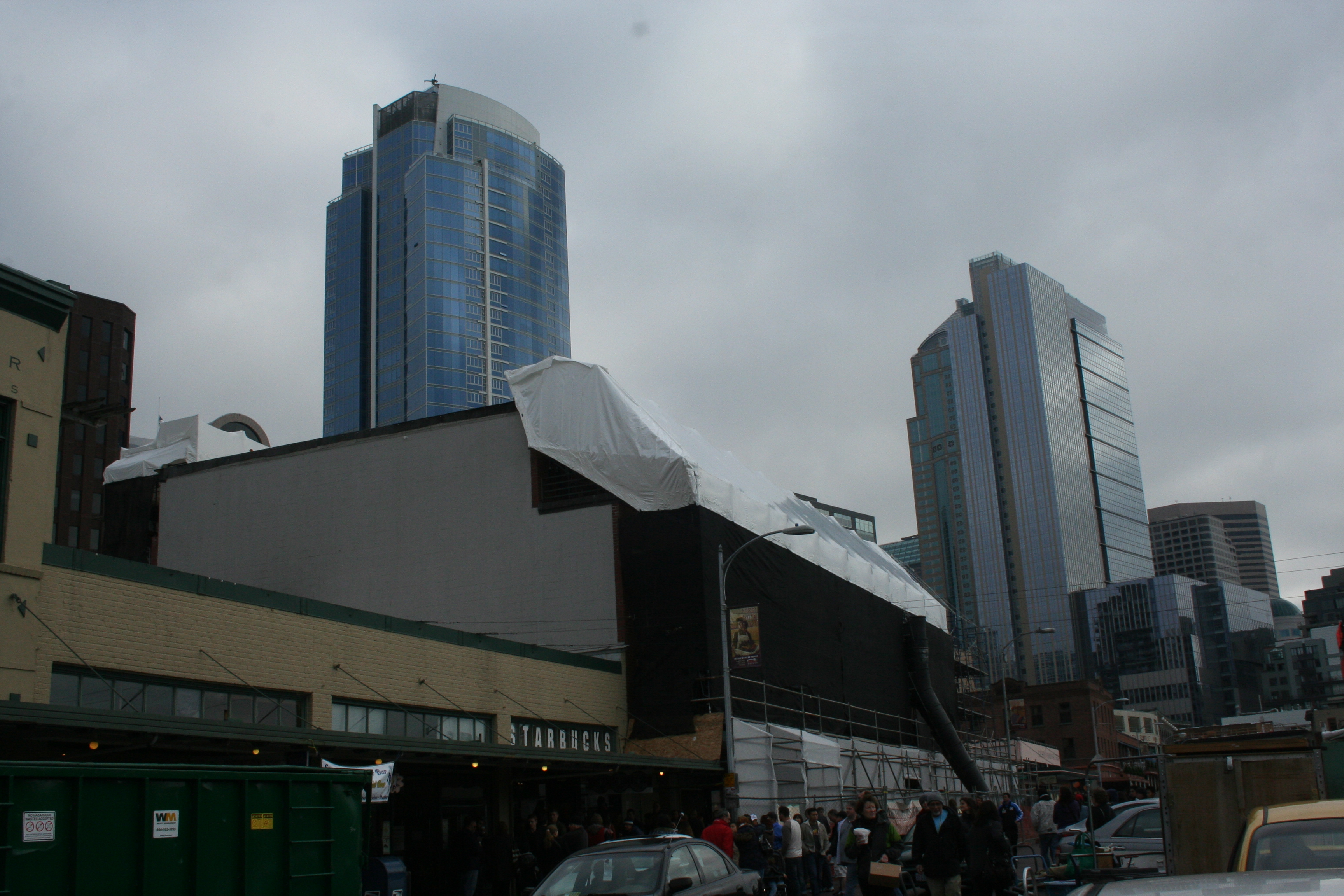 Right across the street from the market is the original Starbucks.  The old buildings along the waterfront create a nice contrast with the modern steel and glass skyscrapers in the background I think. 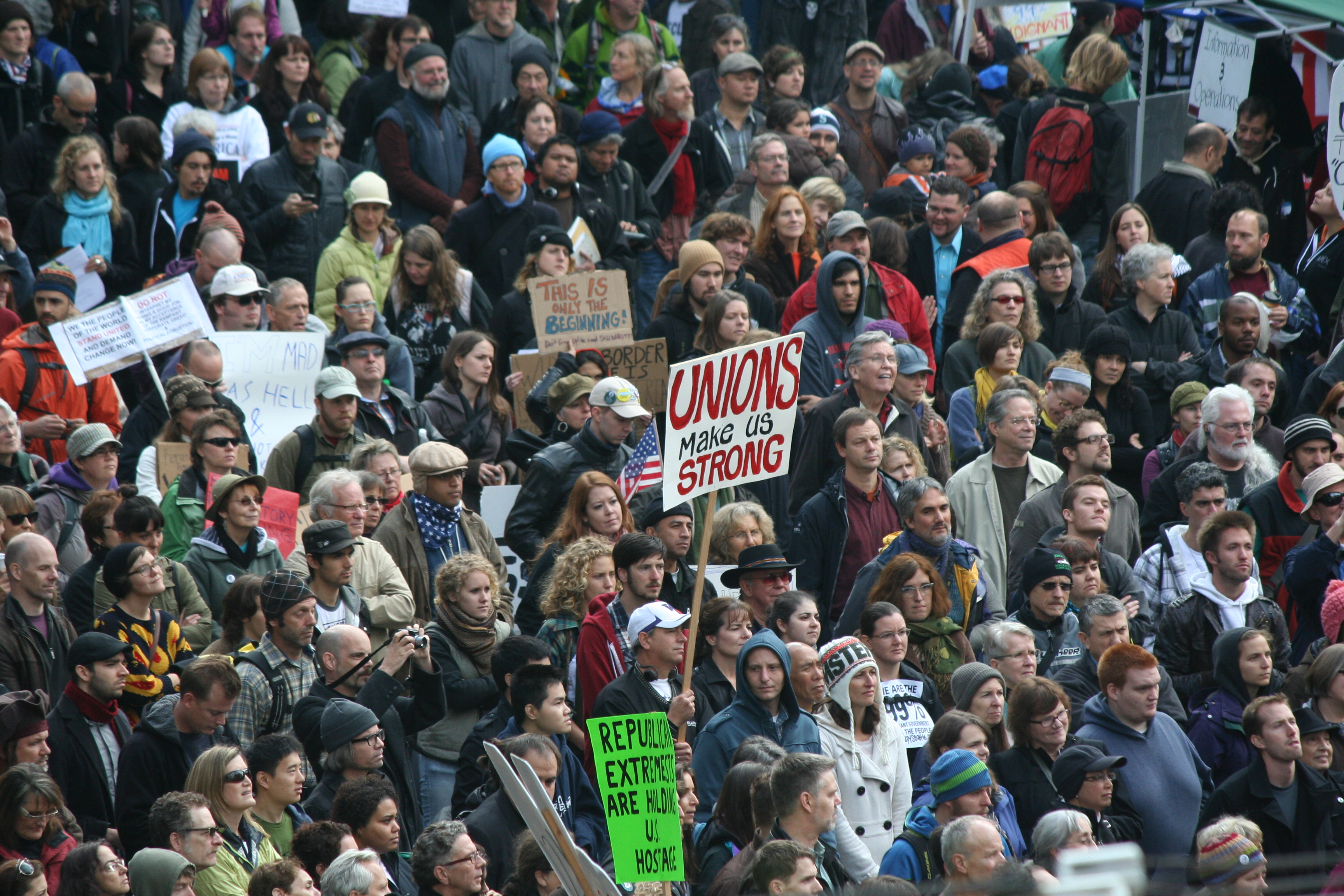 After the market, I walked back toward the city center to catch the monorail to the Space Needle.  The Occupy Seattle gaggle without a cause was occupying the park right across the street from the building that the monorail station is housed in.

The anti-capitalist message being portrayed there was quite a contrast with the small business people in the market, busily perpetrating the age old American Tradition that the protestors were so adamant was the root of all evil. 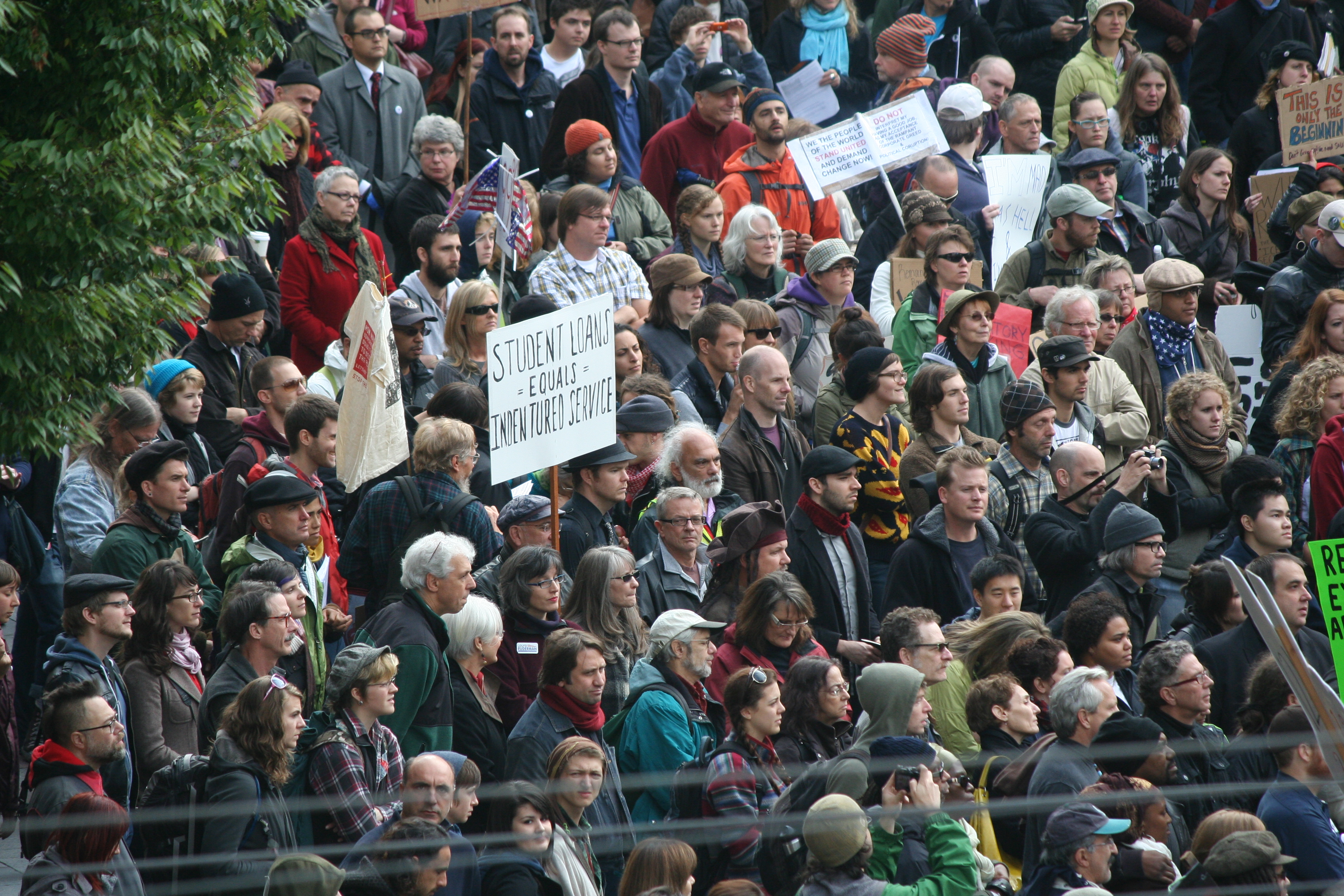 The crowd was actually pretty strong and, to be honest, didn’t appear any more…um…strange…than what is typically seen walking down the streets of Seattle every day.

There was a pretty good representation of people sporting the “homeless” look, and a fair share of flat out strangeness, but there were a surprising (to me) number of older, normal looking people in attendance as well. 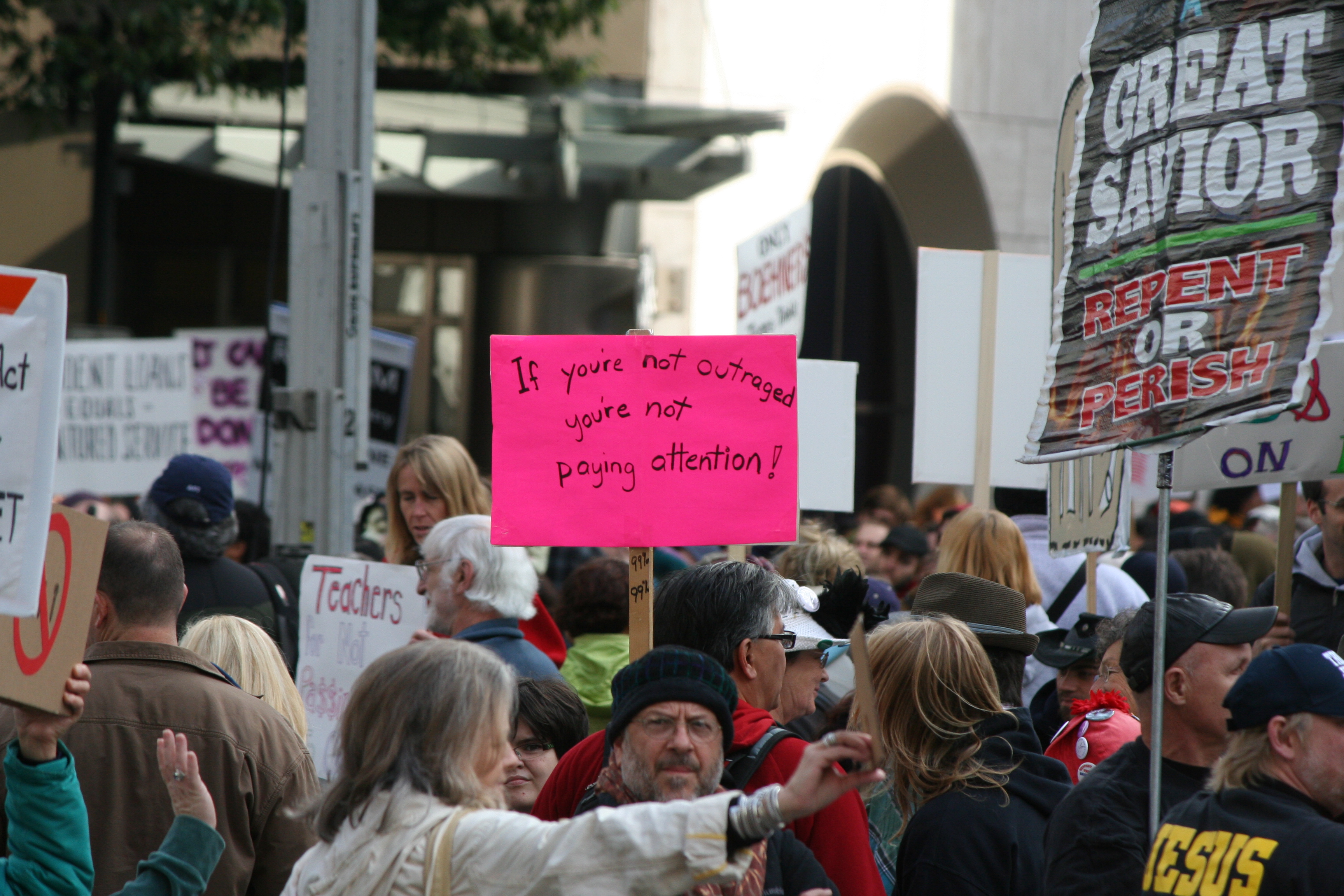 The message was definitely as mixed…and unrealistic…as I’ve seen it portrayed, however.

Are you sure it’s because we’re not paying attention?  Or could it be because you’re not making any sense? 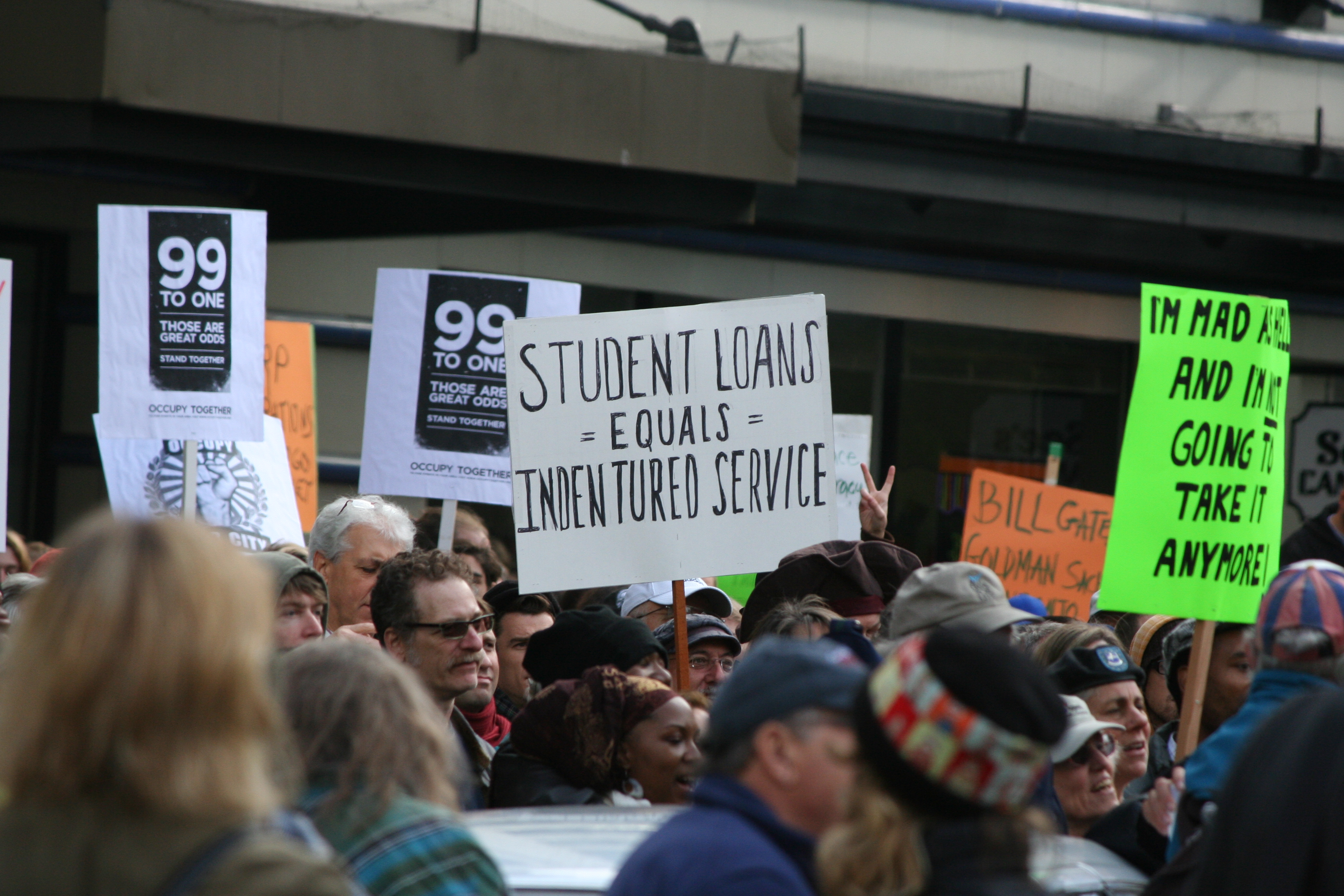 Signs like these are simply too infantile to address rationally.  “I took out loans to go to college and now I have to pay them back…NOT FAIR!    You meanies.” 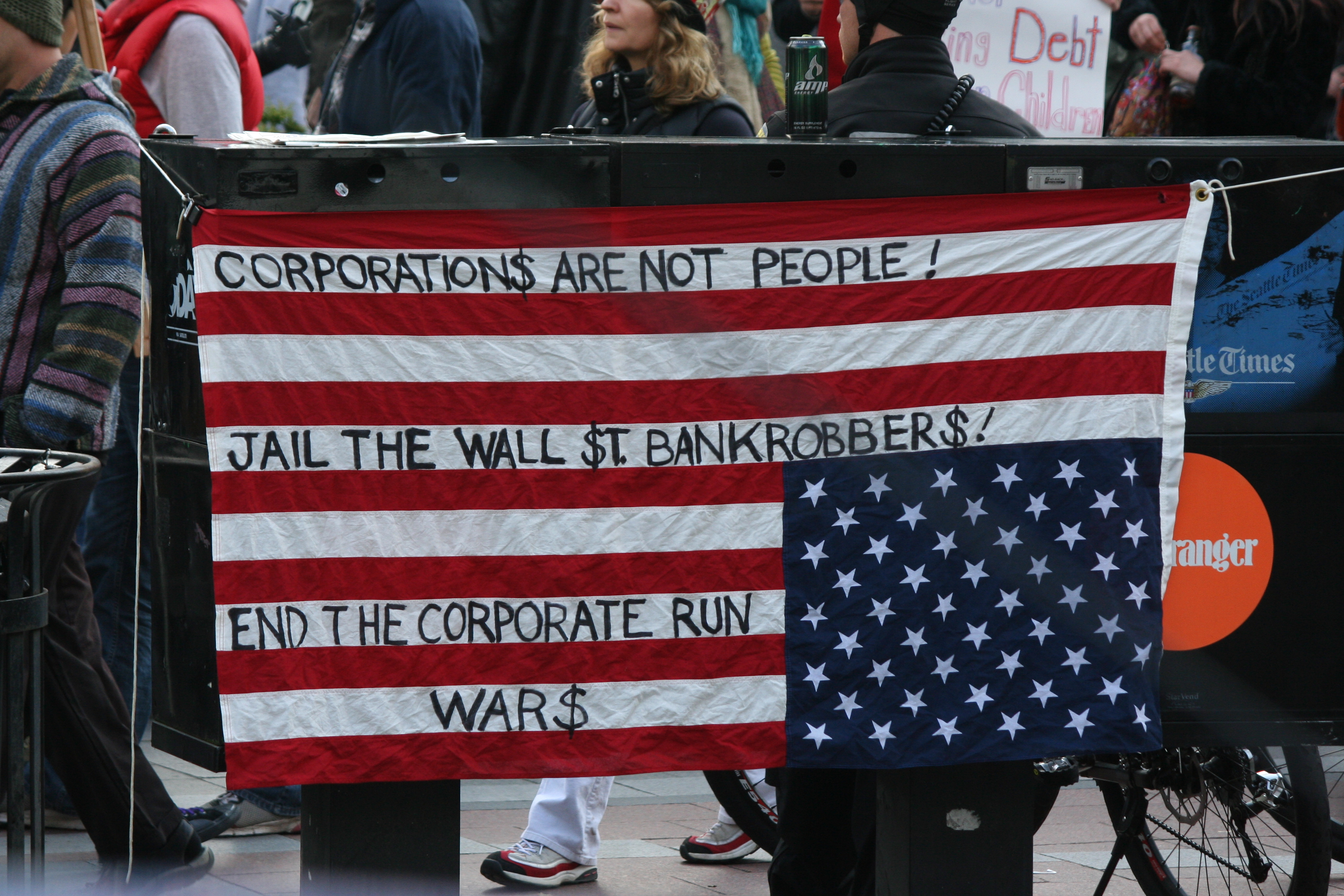 Of course, you can’t have a leftist protest without defacing a flag or two. 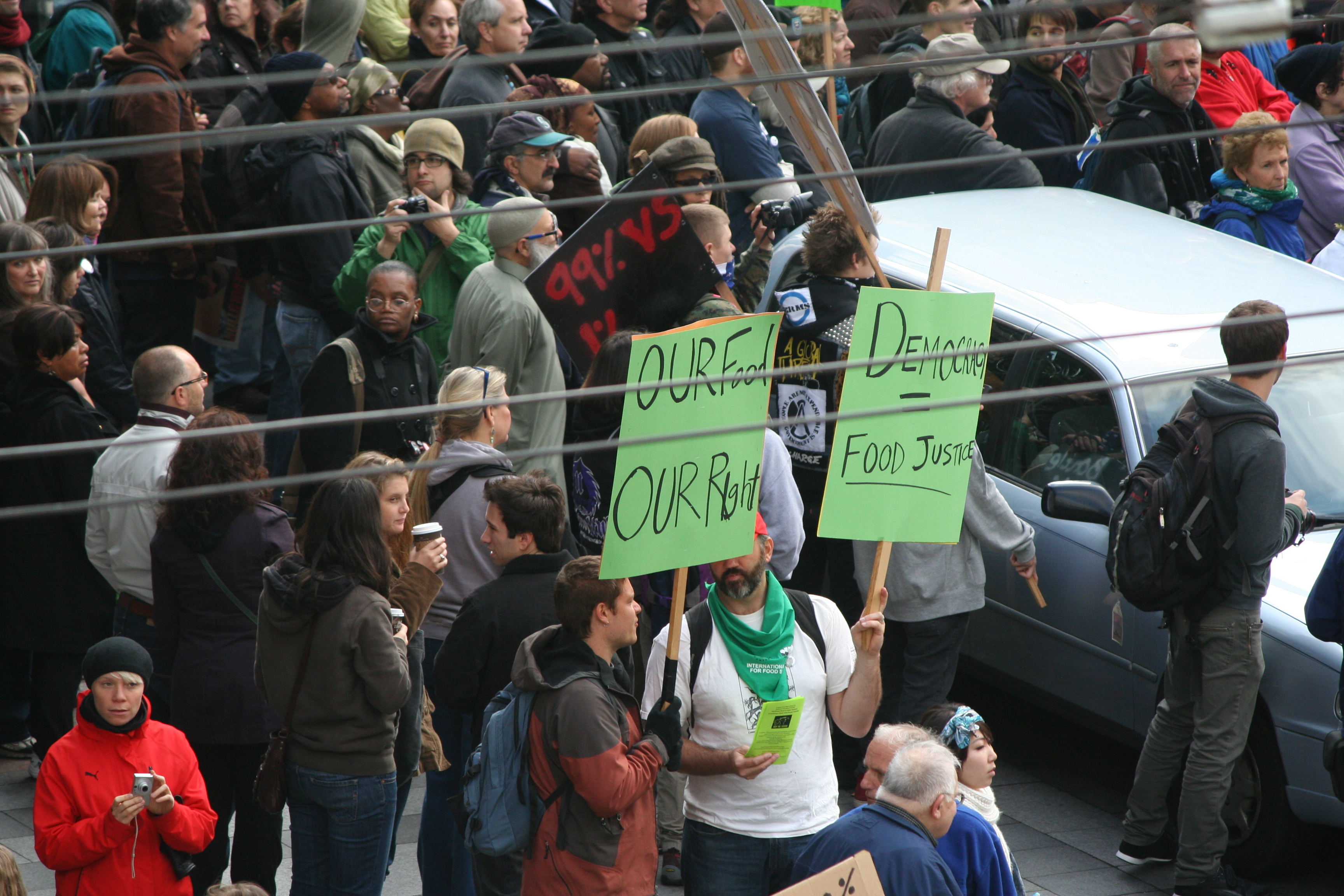 Apparently, these people think it just naturally belongs to everyone, no matter who put the effort into cultivating it.  The story of the ant and the grasshopper comes to mind here.

I’ve got a bunch more pictures, but I think you get the idea.

With that, I’ll leave this off ’till a later time.  My next stop was the Space needle and I’ve got a bunch of pictures from that too, but this post is already long enough.