Remember the case of the woman who believed New York to be a part of the USA and, therefore, assumed that it recognozed the rights spelled out in the Constitution?

The one who, when she realized she was in a “gun free zone” tried to do the right thing and turn the gun, for which she had a Tennessee Concealed Handgun permit, in to the police?

You know…the dangerous criminal who was immediately arrested for trying to do the right thing?

According to John over at No Lawyers – Only guns and Money, Mayor Bloomburg, upon hearing that she was found to have had a couple of “glassine envelopes” of white powder in her possession, immediately declared her guilty of possession of cocaine.

But Bloomberg’s claim was refuted by science when the NYPD toxicology lab recently returned results that said the white powder in her purse was not an illegal substance, police confirmed.

You’d think a person with an MBA from Harvard would have at least a rudimentary understanding of the term “innocent until proven guilty”. 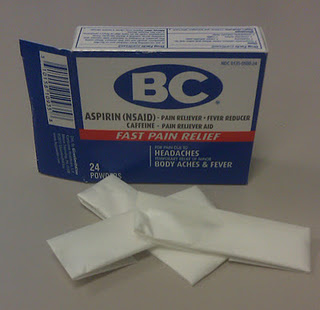 My immediate thought when I heard the term “glassine envelopes” containing white powder was:  gee I wonder if they looked anything like these.

That’s just the ones from my desk drawer.  I keep a good supply of them at home, in my range bag, my motorcycle, my truck, my first aid kit…

Why?  Heck I don’t even get migraines.  But for regular old headaches and general aches and pains, those things work faster and better than anything else on the market.

But I guess it’s a good thing I don’t live in New York (as if I would ever even consider it), the Mayor would probably already have me on death row.

3 thoughts on “Rushing to Judgement”