I never did post a follow up to the family motorcycle trip starting post. It’s been a busy few weeks (and shows no signs of letting up so I guess now is as good a time as any).

We really didn’t go too far or do too much so I won’t bore you with hundreds of pictures, but I did start the trip out by riding to Indiana to meet up with the Family. 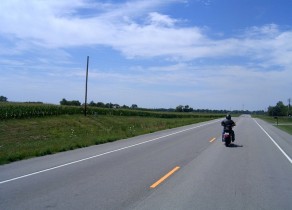 I went out a day early so I’d have a day to spend riding with my Best Friend CB (he’s commented here from time to time). We had a really great time riding together for several hours. We went to Tipton and visited my father’s grave, stopped by the house I grew up in (which is for sale again…but out of my price range) and the owners showed us around. They’ve really done a great job of upgrading and taking care of the place. We rode out to Windfall and visited the site of the elementary school we went to. Went by the house that CB grew up in, but no one was home. Just had a great day all around. 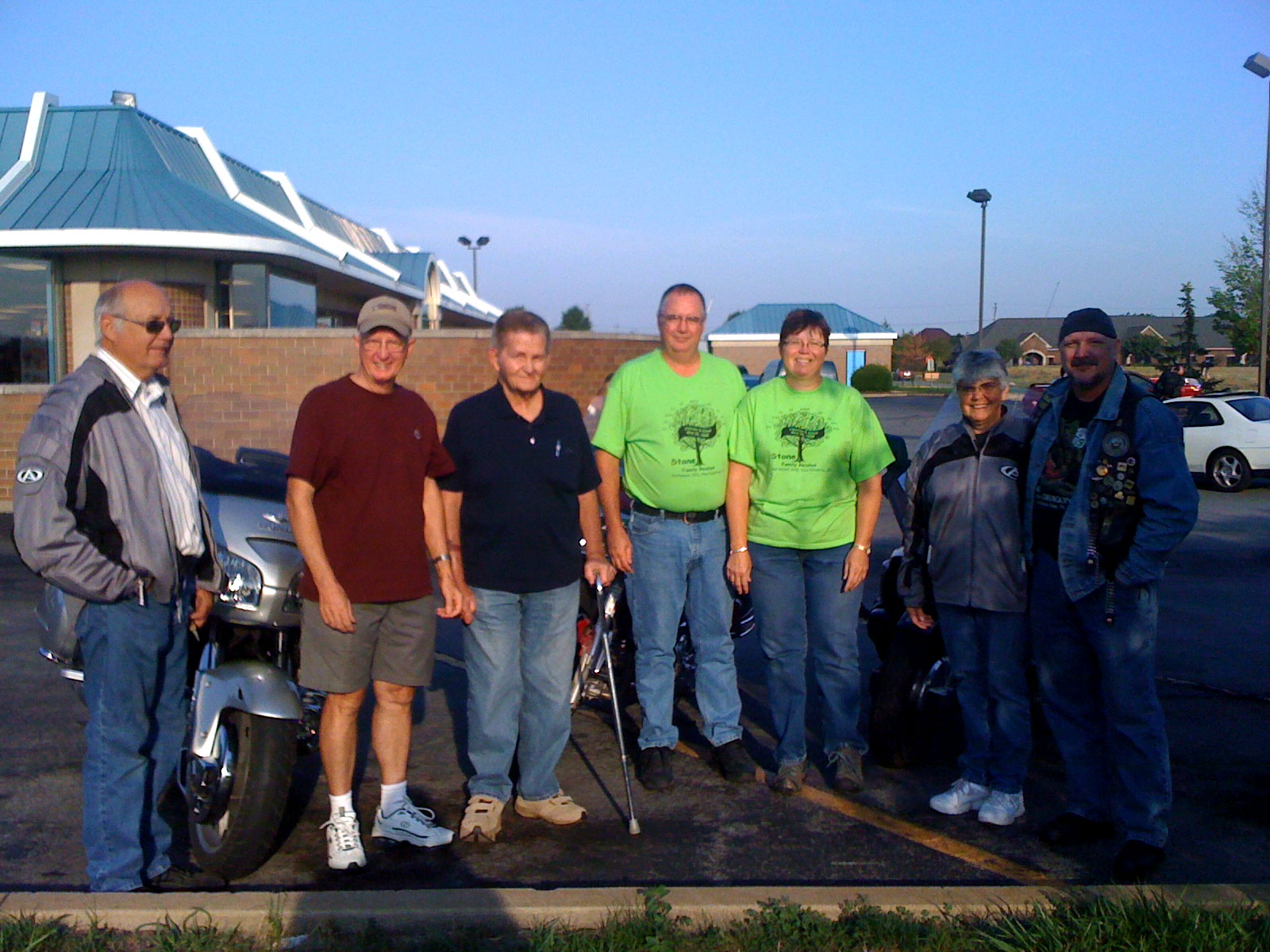 The next day I met up with the family and we began the family trip. CB rode with us to breakfast and was there to take a picture of us as a group. One of the rare shots that I’m actually in. 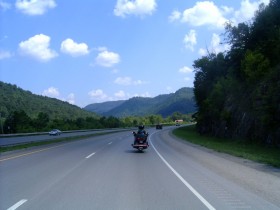 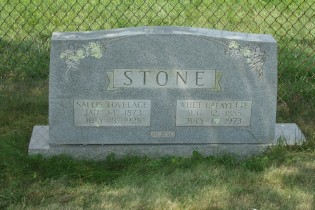 We still have some family there and many of our ancestors are buried there. We went not only for vacation but also to do some genealogy research. The Wife did a wonderful job finding the town archive of Tazewell and getting some very valuable information from them while we were there.

Have I ever mentioned that I had relatives named Whet Stone and his brother Flint? Actually Flint was Whet’s brother’s middle name, but you get the picture. 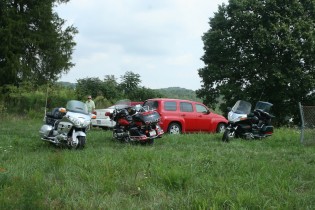 We had to do a little off roading to visit a couple of the cemeteries. They sure put grave sites in some out of the way places back in the day… 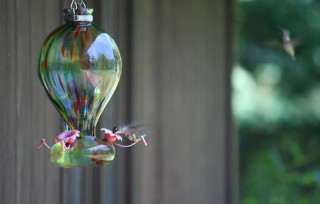 We did do some family visiting while there. We had a really nice visit with my first cousin once removed (son of my great-uncle). He had a couple of hummingbird feeders that were…well…humming with activity. I got quite a few good pictures.

That’s pretty much the extent of what we did…oh, I mentioned going up to the Pinnacle overlooking Cumberland Gap a couple of posts back.

Not real eventful, but a good trip with some good riding and good family visiting time.

After the rest of the family headed back to Indiana, The Wife and I drove south to Knoxville (actually stayed in Maryville just south of Knoxville). It was raining on Friday afternoon when we got down there so we went and watched Batman at the movies (VERY nice theater…posted no firearms but I can neither confirm nor deny whether I obeyed that particular edict) and just had a relaxing evening together. 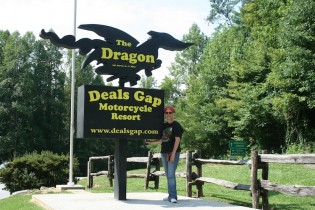 Then on Saturday we rode out to Deal’s Gap on US 129 right on the border of TN and NC. Also known as “The Tail of the Dragon” and reknowned for it’s 318 curves in 11 miles, it’s a very famous motorcycle road. Long time readers will remember that I rode it with the family on another family motorcycle trip two years ago.

The Wife rode on the back of my bike this time, but next time she wants to be piloting her own. A goal to strive for.

They have professional photographers who take pictures of the bikes and cars that drive the road as they’re going around some of the curves. A few of the pix turned out pretty good so we’re probably going to buy some. I’ll try to remember to post a good one on the blog when we do. 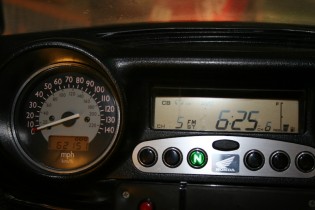 Anyway, that’s pretty much it. We headed home after Deal’s Gap. made it to around Danville VA before we had to stop for the night and then finished the trip on Sunday morning.

Finishing mileage was 62151. If you remember the beginning mileage picture a few posts back, when I left home a week prior, she was at 59929 for a total of exactly 2222 miles in 7 days.

Not nearly as arduous as some of my trips, but respectable…and enjoyable, which is the point.