In case you haven’t figured it out yet, I’m back in Karlsruhe Germany for some company training. 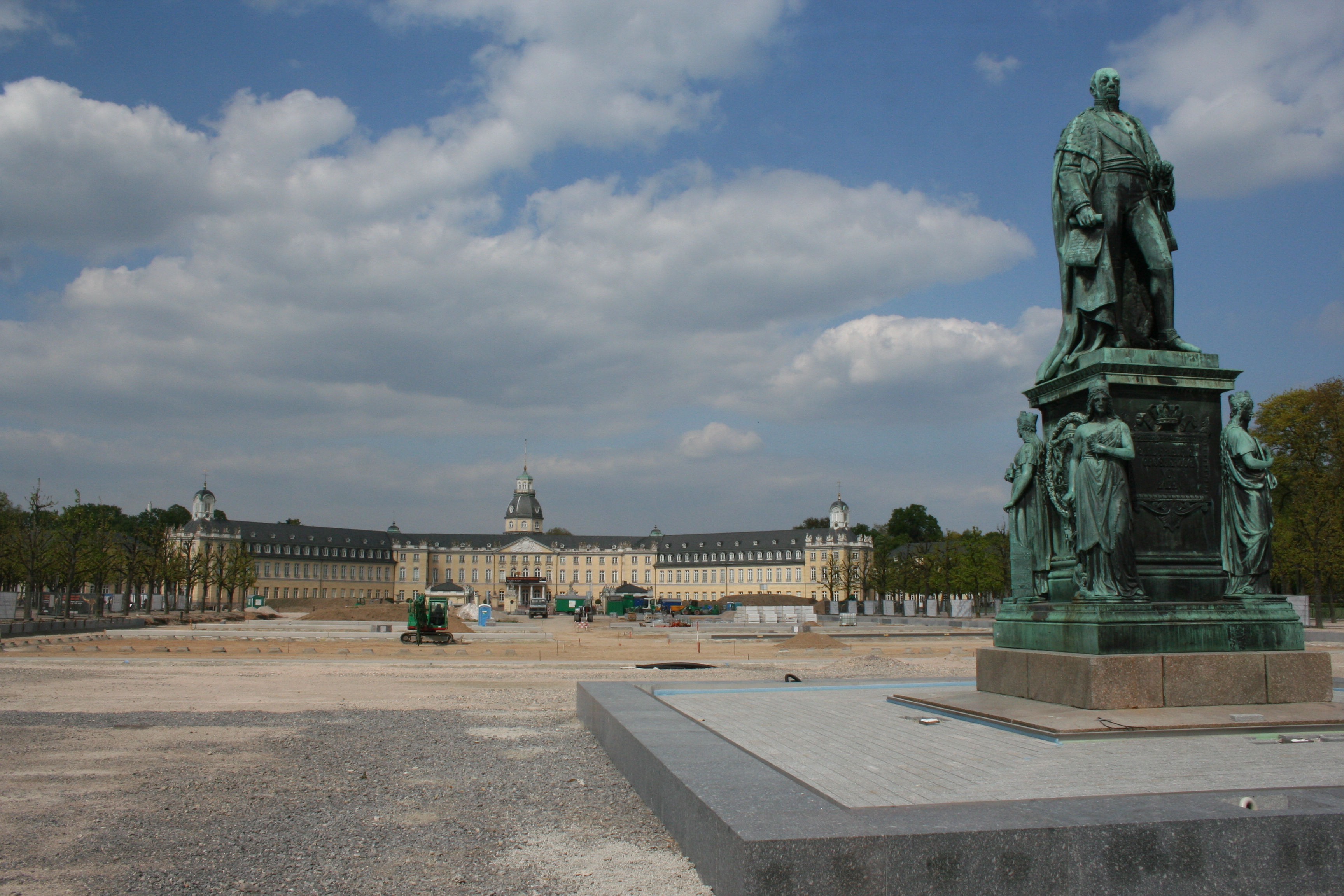 On Saturday I finally was able to figure out the ticketing machine well enough to take a tram downtown. If you remember from my trip last year, they were re-doing the front lawn of the Margrave’s Castle (or palace, depending on which translation you use) so I didn’t make it in to see the museum they’ve turned it in to. 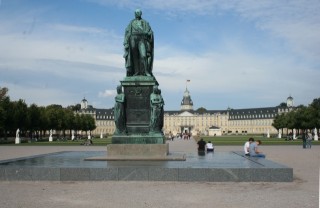 Here it is this year.

Not quite the same angle… 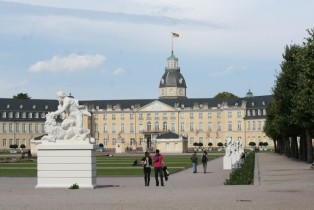 Here’s a better view of the garden and pool area:

Those strips between the plots of grass are reflecting pools with statues at the ends.

I’m sure the statues have some significance, but I didn’t think to ask anyone while I was there and couldn’t find anything on them when I tried to look them up online later. If I find out anything interesting, I’ll let you know.

I did pay the entry fee (8 euros including access to a special exhibit they had for a limited time) to the museum. It’s not just a museum of Karlsruhe, the Margravate or the palace itself, but is a regional museum for the entire Baden area.

I really enjoy old castles and palaces so I would have enjoyed it more had it been dedicated more to recreating and preserving the castle itself, but it was very interesting nonetheless. I did lose out some in not being able to read the descriptions and explanations of the exhibits, but enough of it was self-explanatory that I still think it was worth it.

If nothing else, it was worth the price of admission just to see their extensive collection of early firearms. They didn’t allow flash photography so I didn’t get many pictures, but I just had to sneak a couple of things I couldn’t pass up when there weren’t any custodians around.

In their firearms collection, they had firearms from the very first types which were basically nothing more than a small canon on a stick, all the way through to the cap locks of the 19th century. They had wheel locks, flint locks, match locks, and some with locks so intricate and complex that I had no idea what they may have been called.

I simply couldn’t pass up getting a picture of a couple of them. If they’d kicked me out at that point, I wouldn’t have even minded…but luckily I didn’t get caught.

I’m sure there are better or more extensive collections of earlier firearms in other places, but that’s the most extensive, beautiful and most varied collection I’ve ever seen.

Well worth the price of admission all on its own.

At any rate, I won’t bore you with any more pictures, but I had a good weekend. I’ll be here through the end of next week and will be heading home on Saturday. The next time I come, I’m going to have to save my pennies so I can get out of Karlsruhe and do some sight-seeing in the rest of the region. Pretty much any city in the country can be reached in a day trip by train. It’s not cheap (I was thinking about going to Munich this trip, but the train would have cost me about 100 euros ($140) round trip so I decided to pass this time).

One of the companies contractors lives in Nuremberg, is well steeped in the history of the city and loves to give tours so I’ll definitely have to head that way on one of these trips if he’s in town.

Anyway, just wanted to give an update on what’s going on.

Oh…and as of this trip, I’m now a Silver Medallion member with Delta.