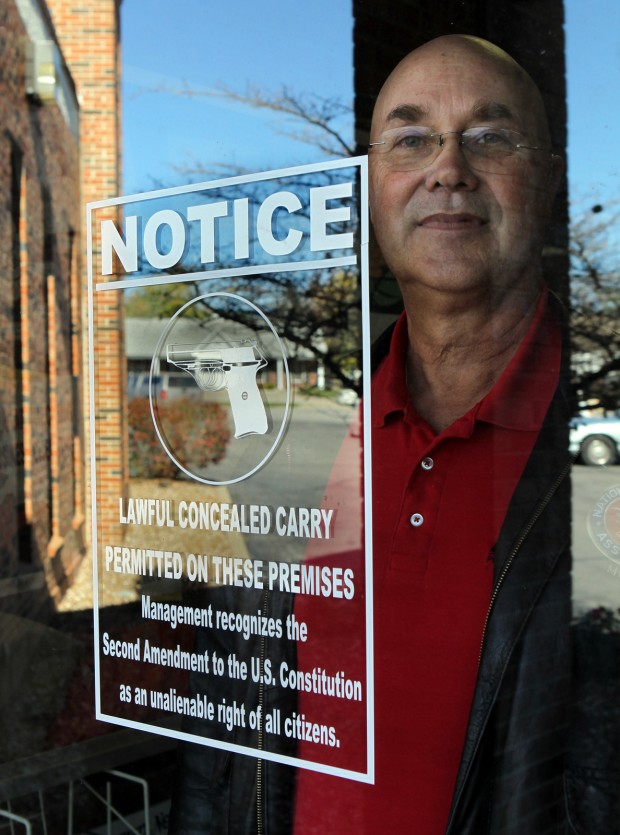 When choosing a bank to rob, one with a sign like this in the window, probably should not be your first choice.

…bank president David W. Thompson followed him out to the parking lot. Thompson watched the masked robber get in a Ford pickup parked in a handicapped spot up front, then pulled his Colt .380 handgun and pointed it at the man.

“Sir, get out of the truck,” Thompson, 58, recalled demanding. “You’re not going anywhere.”

And when the man put his hand in his jacket pocket, as if he had a weapon, Thompson scolded him again.

“You don’t want to go there,” Thompson said. “This will end badly.”

Hat tip to John Lott, via e-mail from CB who commented:

Maybe the reason this doesn’t get reported as often is that the good guys win so often that it’s not news.

Or perhaps the people doing the reporting (at least on a national level) don’t like the implications to their worldview of stories like this…either way.