Last year we skipped the family motorcycle trip due to schedule conflicts, but this year we got it back on track again. 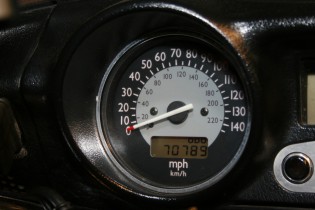 In the wee hours of Sunday, July 20, I departed Southeastern Virginia to head to Central Indiana to hook up with the Indiana Stones.

That’s about a 750 mile trip by itself and took me about 12 hours of driving time (14 hours total travel time with stops). I arrived on Sunday evening and spent the night with my best friend CB and his family. 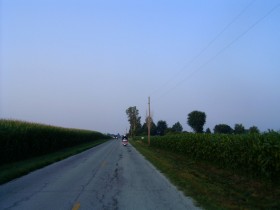 Monday morning, I headed to my uncle’s house and met up with them for the leg to Omaha, Nebraska.

Uncle and his wife and Cousin and his wife tend to stop a lot more often than I do on my own, so although the mileage on that day was only about 640 miles, it was another 12 hour day. 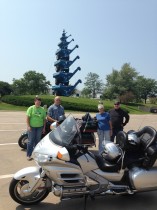 We did make one sightseeing stop. On a previous trip, Cousin had noticed this big tractor supply place with displays out front and wanted to check it out. It was pretty neat, and they had a showroom with some company history and displays of their big tractors and such. Very interesting. 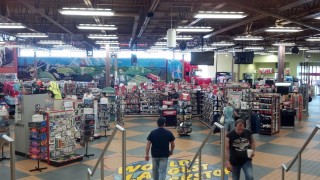 We also stopped at the world’s biggest truck stop in Iowa. Yes, that’s a full sized tractor-trailer in the back of the store. They had another just tractor in there as well with their display of lighting and chrome accessories.

We spent the night at Brother’s house in Omaha and then the next day, took the leisurely 400 or so mile trip to Sidney Nebraska to visit the Cabella’s world headquarters and have dinner with Sister and her family. Brother, by the way, joined us for the remainder of the trip until the return to Omaha. Sister and family are not bikers, so…

Incidentally, if you ever happen to need to spend the night in Sidney, NE, be sure to make reservations in advance. There are only a couple of hotels and they can basically charge whatever they want since they’re always full. We paid $209 a night to stay at a run-down Comfort Inn. I usually pay way less than that to stay in very nice hotels when I’m traveling. About the only place I’ve ever paid that much was in swanky downtown hotels in Toronto or Seattle. Didn’t even pay that much in San Francisco. I saved the receipt…I may frame it. 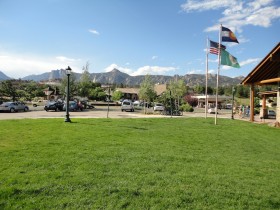 The next day, we headed for the mountains. Only a couple hundred miles so we took our time and saw the sights and ended up in Estes Park Colorado, next door to the Rocky Mountain National park. 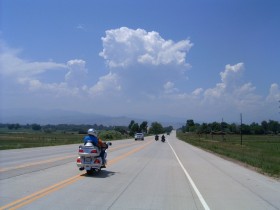 One of the really cool things about the Rockies for me is how abruptly they begin. One minute you’re in the plains, the next you’re in the mountains. Like pulling a curtain.

That must have been a very daunting view for people who’ve been traveling on foot and wagon for weeks and weeks to see those forbidding peaks rising from the plains in front of them. Amazing.

We stayed in Estes Park for several days, each day driving to see different views, try different roads, etc. I’ve got probably a couple of hundred pictures of it all so I won’t bore you will all of them. Here are some highlights: 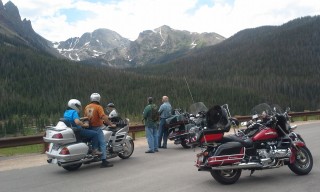 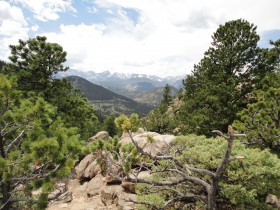 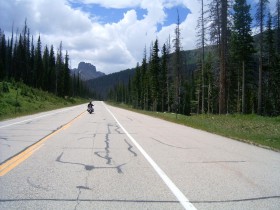 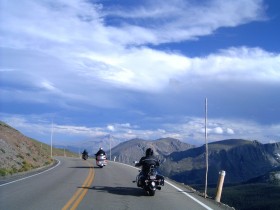 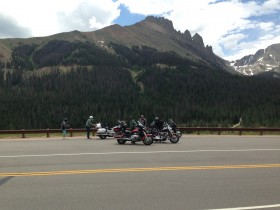 Next, we headed Northeast to South Dakota, but I’ll pick up with another post later on. This one has gotten long enough.