We left off in Estes Park Colorado, wandering around in the Mountains.

The next phase of our trip was in the Black Hills of South Dakota, but Uncle wanted to make a side trip on the way. Between Colorado and South Dakota we took a side trip to Chimney Rock in Nebraska. 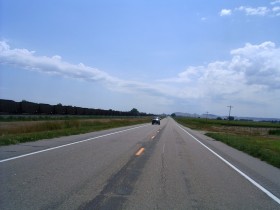 Chimney Rock was one of the navigation points along the Oregon trail during the expansion years of the 1800’s. As they were traveling across the plains, they could see Chimney rock for days, making it a good navigation point. 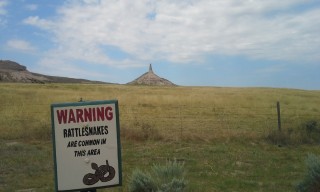 The visitor’s center is very interesting with a lot of information on the Oregon trail and the settlers that traveled it. 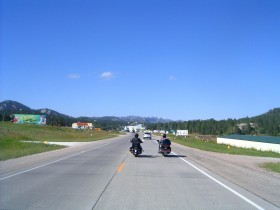 We then continued on to the black hills, ending up in Custer South Dakota, just a few miles from the Crazy Horse monument.

Brother was feeling froggy so after we checked in to the hotel, we took an evening ride of Custer State Park, including a run around the Wildlife Loop. 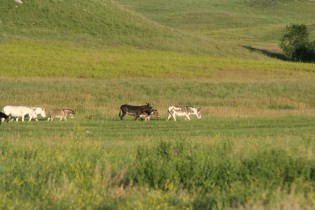 We saw a bit of wildlife including wild burros 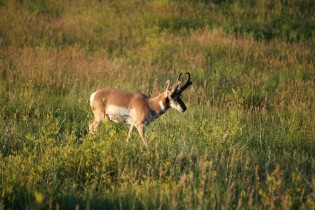 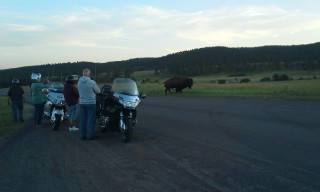 And Buffalo who actually got a little close for comfort, but we really didn’t have anywhere to go. 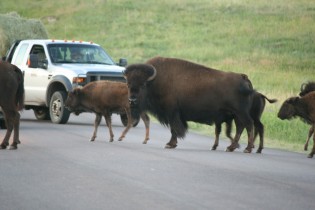 They were in a field next to the road, we stopped to take pictures, but they decided they wanted to cross the road and ended up on both sides of us, so we just stayed close to the bikes and watched.