Over the next couple of days we wandered around the Black Hills, got in some good twisty riding, and saw the sights. 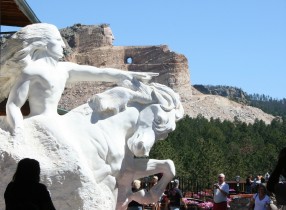 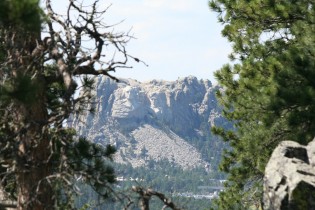 Mount Rushmore (this picture was taken from the road from a distance, we did actually go up to the monument and walk the trail to the foot of the mountain, but I liked this picture better) 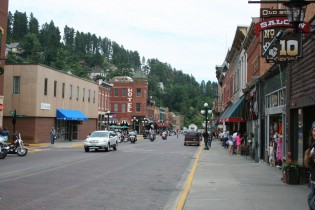 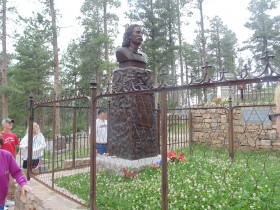 Which is the place where Wild Bill Hickock was killed and Aces and Eights became known as the infamous “Dead Man’s Hand” in poker. 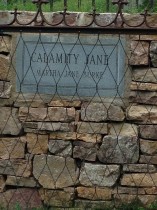 Calamity Jane is also buried here. BTW, contrary to popular belief, Wild Bill swears he never had a “thing” with Calamity. “I’m a married man” he exlaimed…”besides, have you SEEN her?” he chuckled. 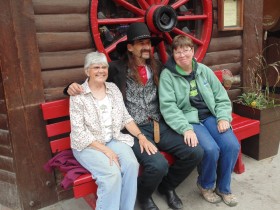 Wild Bill flirting with the girls 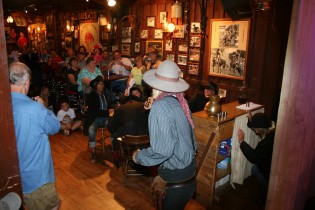 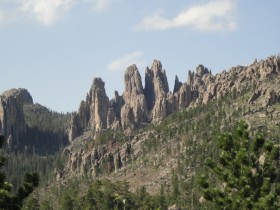 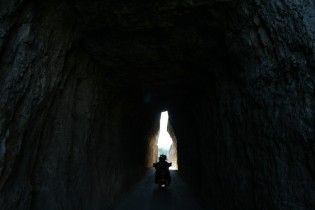 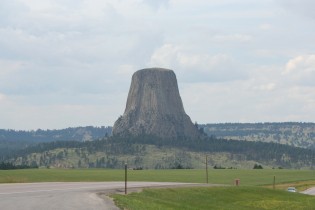 Devil’s Tower Wyoming (no, we didn’t see any alien spacecraft) 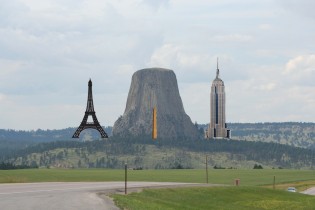 Devil’s Tower is so huge, and so isolated out there, it’s very difficult to get a feel for how big it is, even when standing right at its foot. It really is a huge natural phenomenon. Here’s a picture I created to try to show the scale a little bit.

Only the world’s very largest man-made structures are taller than Devil’s Tower.