This is becoming a theme. 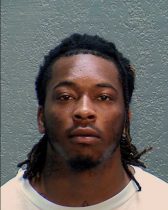 Not sure they’d be able to sell the whole “white supremacist” narrative with that one, so it’s better just to pretend like it never happened. Strange how as many times as things like these happen it never seems to be deemed worthy of national news.

Unless, of course, it’s mentioned in support of some new gun control scheme.