This started out as a reply to this comment in a thread where I mentioned Paypal’s anti-gun policies.

Sailorcurt on November 19, 2014 at 11:27 pm said:
I’m glad that my humble input helped you. No donation required…if for no other reason than because I simply don’t have a graceful way for you to do it. I refuse to use Paypal because of their anti-gun policies and they’re pretty much the only game in town when it comes to that kind of thing, so I accept your thanks in lieu of a generous donation.

Geoff
on January 29, 2015 at 5:34 pm said:
I am an avid gunner and Ebayer. I use Paypal frequently. Where did you find their gun policies?

Paypal’s official gun policies are listed in their Acceptable Use Policy:

You may not use the PayPal service for activities that…relate to transactions involving…ammunition, firearms, or certain firearm parts or accessories…

On its face it sounds pretty vague and innocuous and simply a “CYA” position to limit liability. Were that the only basis for my opinion I might agree, but there is simply too much evidence that Paypal is legitimately anti-gun to ignore.

Shortly after the Virginia Tech murders, Paypal started aggressively going after and shutting down users who used Paypal to conduct any firearm related commerce. There are anecdote after anecdote about this online.

This was bad enough, but the straw that really broke the Camel’s back for me was the experience of Kevin Baker and a charity called Soldier’s Angels, dedicated to assisting military members and veterans.

In summary, Kevin was working on setting up a raffle to generate donations for the aforementioned charity. Soldier’s Angels was using their paypal account to accept payment for raffle entries. When Paypal found out that this raffle involved a firearm, they not only suspended sales of the Raffle Tickets, but suspended all of Soldier’s Angels activities, including straight charitable donations.

Ultimately, Kevin and Soldier’s Angels found an alternate method to sell the raffle tickets, but the bottom line is that Paypal, because of their clear anti-gun bias, without warning or consultation, severely harmed a valued charity for doing nothing more than selling raffle tickets involving a prize that Paypal didn’t approve of.

Here’s the whole story from the source if you want more details.

So, in summary, it is my contention that Paypal is patently anti-gun rights. As a result of this, I refuse to support them with my business.

“We are a quiet people,” recall founder Tim Knight told his victorious friends when the results became known at the Stargazers Theater. “You may be tempted to ignore us. Clearly, that would be a mistake.”

See, words mean things, and in this case it’s hard to tell what they’re trying to get at. They make semi-automatic versions of fully automatic firearms; I don’t understand why they feel the need to twist the wording so that it is unclear.

I sent them an e-mail this morning:

A press release ostensibly published on your behalf recently came to my attention:

MasterPiece Arms, manufacturers of the MPA MAC Line of semi-auto submachine pistols and carbines, is pleased to announce the new MPAR 556 Rifle, which will be unveiled at the 2013 SHOT Show in Las Vegas, Nevada and made available for purchase in the first quarter of 2013.

Whether this press release originated with someone in your company, or was created on your behalf by an advertising agency, it is representative of you and is, therefore, your responsibility.

As you well know, the battle for the rights of Americans to keep and bear arms is far from over and the forces arrayed against those rights have used, can use and will use any ammunition (pardon the pun) they can find to demonize and de-legitimize gun ownership in the eyes of the uninitiated public in pursuit of damaging and infringing upon those rights.

Again, as I’m sure you well know, a major tool in the anti-gun toolbox is to demonize commonly used firearms as “military weapons” “assault weapons” and “machine guns”, based upon their widely known tactic of conflating fully automatic weapons with the semi-automatic firearms commonly available to the general public.

This tactic was even committed to print by no less than the executive director and founder of the Violence Policy Center, the most extreme anti-gun organization in the country, in a book he published in the ’80s when he wrote:

“The weapons’ menacing looks, coupled with the public’s confusion over fully automatic machine guns versus semi-automatic assault weapons – anything that looks like a machine gun is assumed to be a machine gun — can only increase the public support for restrictions on these weapons.”

The above presser, by inappropriately conflating the conflicting terms “semi-auto” and “submachine” does nothing but add to the confusion and provide further cover for the forces that would like nothing more than to ban every firearm in the US, starting with those that they can confuse the public into believing are automatic weapons.

As the blogger who publicly pointed this out commented: “Words mean things”.

In echo of the medical profession, a major principle of our presumed allies in the fight to maintain and restore the gun rights of Americans should be “First, do no harm”.

I submit that clumsily worded press releases like the one published on your behalf do harm to our cause and I would ask that, in the future, you put more forethought and care into the wording used to describe your products to the public.

ps: The original blog post that brought this to my attention can be found here:
http://www.ma-rooned.com/2012/12/words-mean-things.html

I’ll let you know if they reply

Curtis, received you email this morning regarding the wording on our press release.

I appreciate you taking the time to send this. Well thought out.

Although my views about the reality of any pending restrictions on gun rights may differ than yours, I do agree that it “is” a possibility and anything that we can do within our industry to eliminate any subtleties that may add fuel to the fire generated by the left wing extremists is the proper course of action.

I will review and tweak our future press releases to soften the wording.

I’m satisfied. No excuses, no rationalizations, just an assurance that they’ll take the concerns into consideration.

That’s how it should be done.

Today, Robb mentioned some evidence he saw that we’re winning the gun rights argument in the sphere of public opinion and acceptance.

Last week while on a business trip to Portland Oregon, I witnessed further, and very convincing, evidence of the same.

I was working in an office with 2 men and about 7 women. I sometimes mention my “hobby” and affiliation while I’m working, and it’s never turned out badly for me. I know my company doesn’t mind, so I don’t exactly try to keep it a secret. On this particular business trip, however, it hadn’t come up so I hadn’t mentioned it.

One of the younger women said she’d never fired a gun. Didn’t have anything against them, just had never had the opportunity present itself. After pretty much everyone in the room expressed varying levels of surprise that she’d never done it, she was promptly invited to the weekend shooting session and accepted.

During the course of the conversation, the unanimous conclusion was that shooting was wonderful fun, promoted self-discipline and concentration, and everyone, whether they intend to take up the sports or not, should learn how to safely handle and shoot a variety of firearms.

This was voiced by everyone. Even the women. On the Left Coast.

Granted, Portland isn’t exactly Berkeley or Chicago, but it isn’t Bucksnort Tennessee either. I was pleasantly surprised at how many of the Portlandians (Portlandites? Portlanders? whatever) were not only shooters and were well informed about firearms use, safety and politics, but also how many of them were of the female persuasion…who are traditionally the most reluctant to embrace the shooting sports.

We’re winning. Keep it up.

OK…my part of the Fleet Forces Command Atlantic match is done.  They’re shooting Team Rifle today, EIC Pistol tomorrow and Team Pistol on Friday, but I’m not participating in any of that.

I did qualify for the All-Navy match next week so it starts all over again on Saturday.

I’m still recovering from 5 days of getting up at 0345, being on my feet all day, humping gear, hoisting target carriers…oh…and shooting…but I’m starting to feel a bit more “normal” after a good night’s sleep and getting to sleep in until 0630 today.

I’ll get a more detailed post up about the matches when I can.  I was permitted to take a few pictures as long as I was careful not to get anything sensitive in the frame so I’ve got a few pix to post for you.

In the meantime, while you’re waiting for that, one of the VCDL executive members who’s in professional media did a video about VCDL’s Lobby day 2010.

It obviously centers around VCDL and Virginia issues, but I think it’s real strength is in the interviews with regular people expressing their reasons for supporting the Second Amendment and the importance of the work done by activists at all levels.

I think you’ll find that it’s worth six and a half minutes of your time:

A bit silly, admittedly, but the idea of it made me smile, so I signed the petition.

the Brady Campaign and their petition has me wondering: what good does a petition really do? If they get enough signatures and present it to Starbucks would Starbucks really reverse their decision?

If there was a petition to silence and stop the Brady Bunch, a petition to get them to reverse their position, and they were presented with signatures; would they do it?

What the heck, it should be funny if nothing else.  Head on over and sign The Desert Defender’s petition to Stop the Brady Campaign

Fellow VCDL member Josh Kellogg has opened a fund raising page for VCDL over at firstgiving.com.

If you have any interest in helping the premier gun rights organization in Virginia, please swing by and drop him a buck or two.

I reiterate his plea that if you feel compelled to donate $25 or more and are not already a member, please, versus just donating money, join VCDL in stead. Out of state members are welcome.

I also want to throw out the caveat that firstgiving.com has fairly high transaction fees of 7.9%.

VCDL’s donation engine uses Paypal which only incurs a transaction fee of 2.9%, but paypal is antigun and I refuse to use it. I’m working on finding VCDL an alternative for easy payments but there just isn’t much out there.

If you choose to donate to VCDL you will have to make a choice between paying high transaction fees, or supporting an anti-gun business…or just write VCDL a check and mail it to:

My report is up over at The Sentinel.

A couple of teaser pictures: 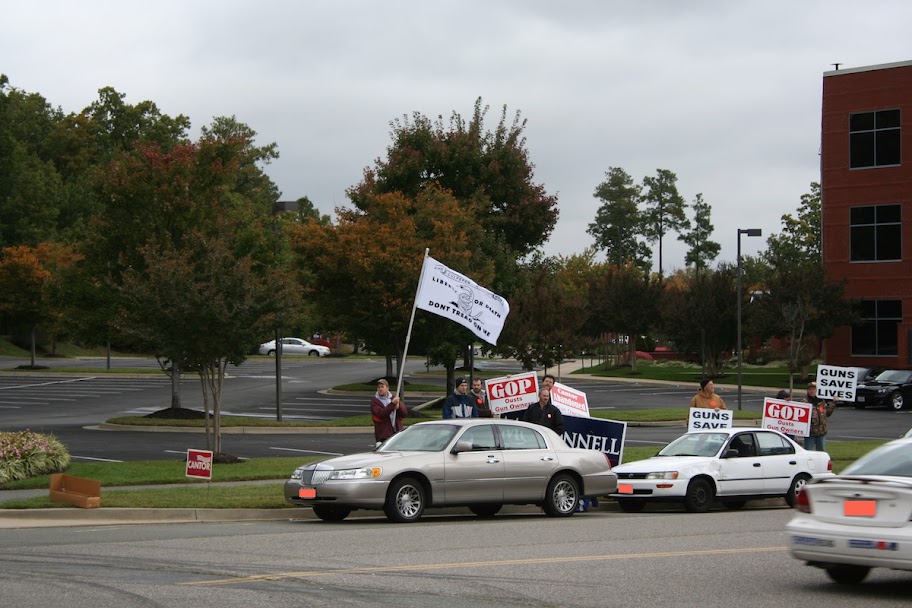 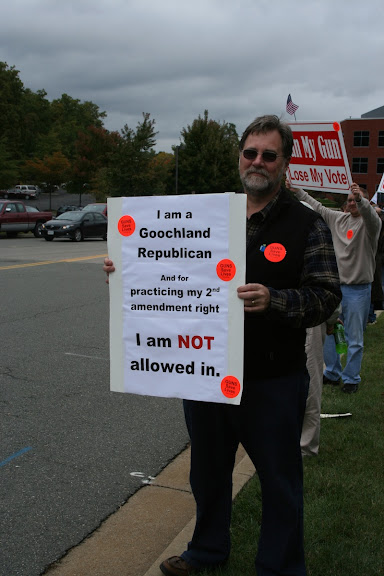 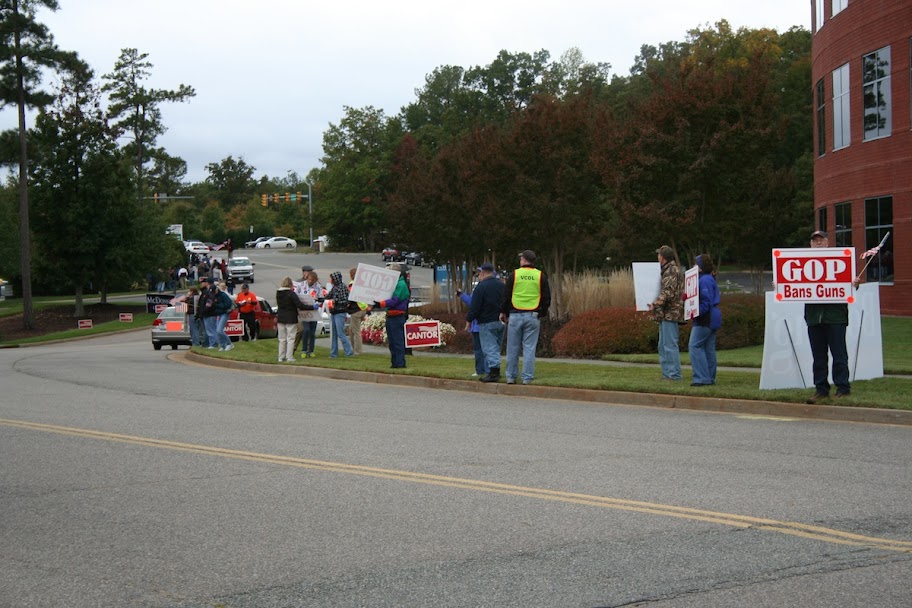 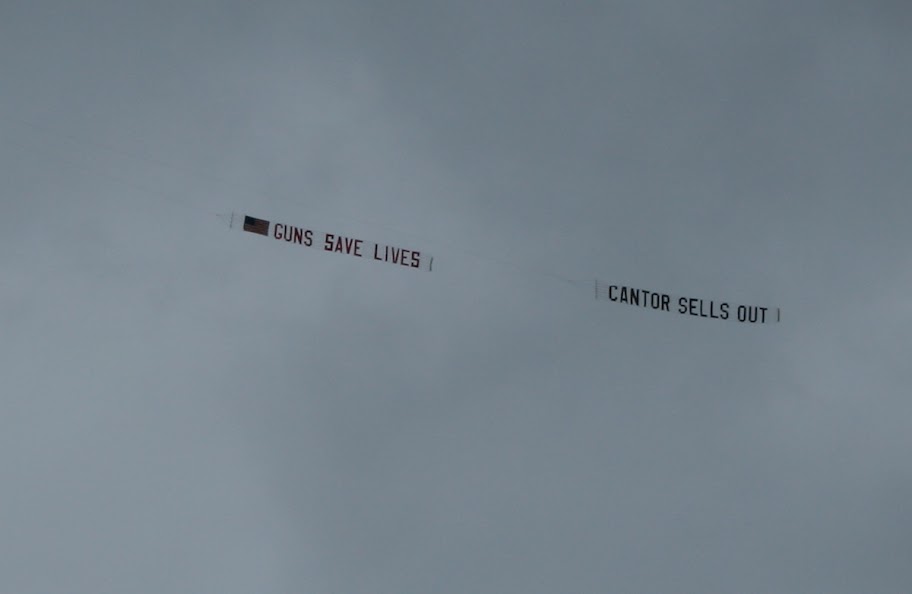 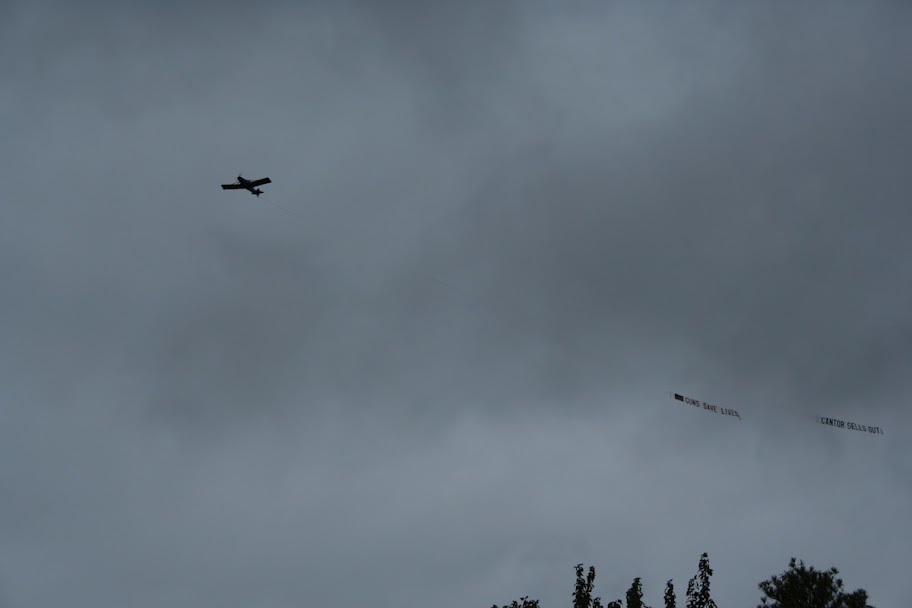 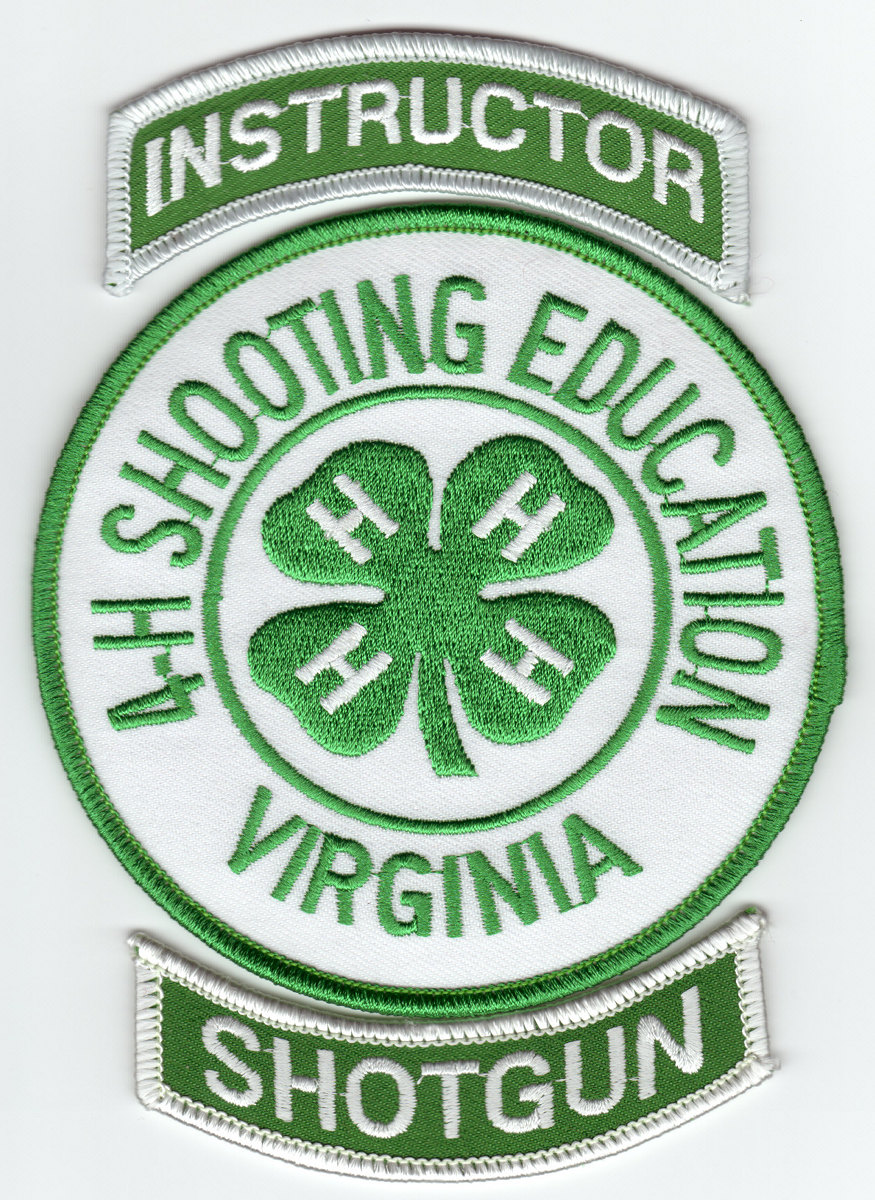