I’m not much for blegging, but on special occasions I have been known to ask for help, especially when it’s not to benefit myself.

Considering that our city is the home of the PETA headquarters, complete with their own incinerator for burning the bodies of all the animals they kill in their “shelter”, it’s very important for us to have a strong SPCA in our community.

Over the years, we’ve adopted several dogs from the SPCA and I’ve always been very pleased with how they run the shelter.

My wife just entered our most recent SPCA adoptee into a photo calendar contest.

Votes are a $1 donation each (minimum suggested donation is $5 for 5 votes), so if you’re an animal lover and are willing to make a small donation to a worthy cause, please feel free to click the links below to see the contestants and I’d ask you to please vote for Sophia.

Click this link to see all the entries, or just click on Sophia’s picture below to read her story and cast your vote for her. 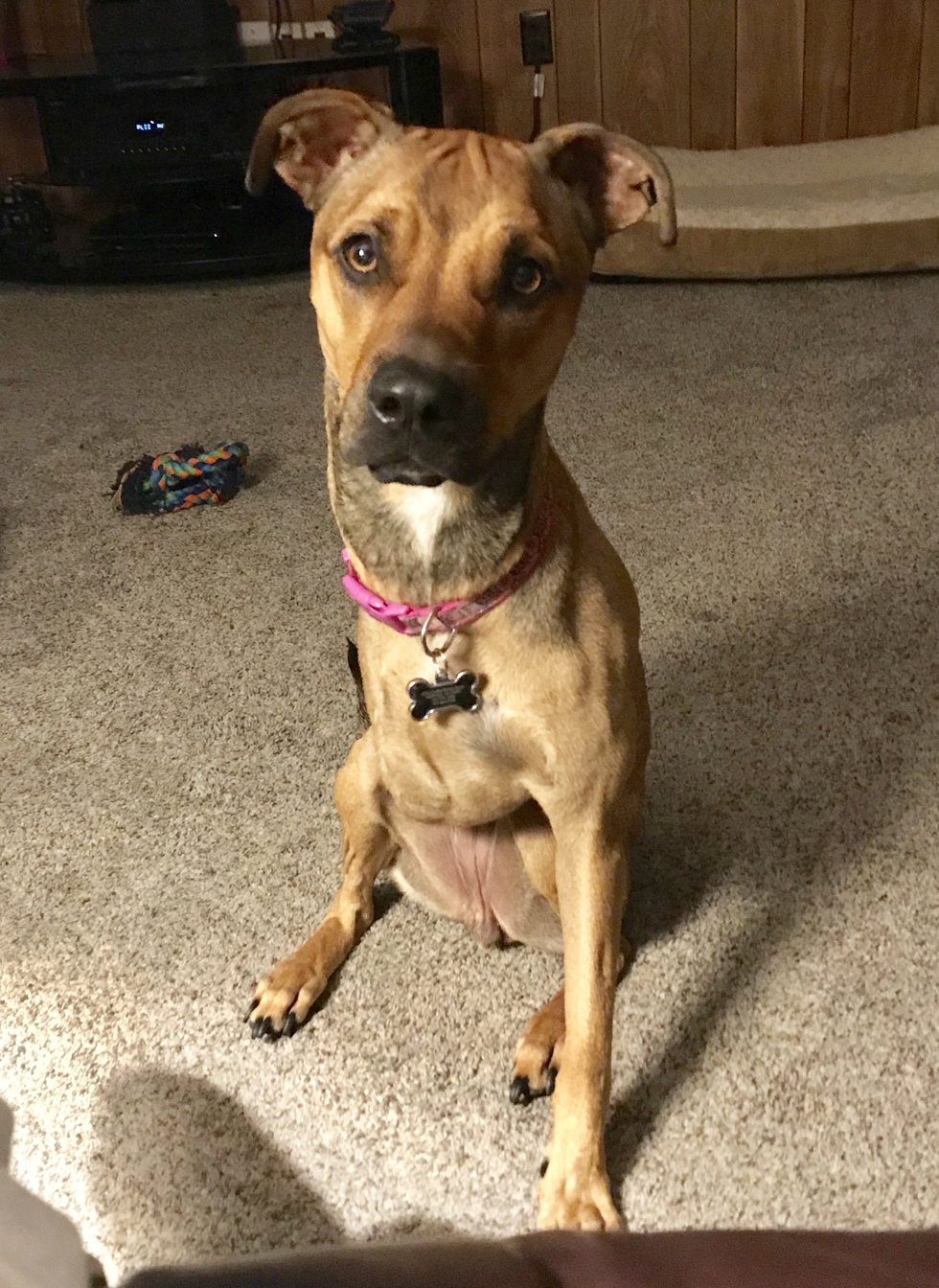 Surgery is done. Doc says it went well. She’s resting in the hospital overnight but says that the pain in her right arm is gone. She still has pain from the surgery, but the pain that she was having before seems to be gone.

The doc said that part of the disk that he removed had actually broken off and was rubbing the nerve, which is what was causing her the pain.

Anyway, the prayers worked, she came through fine and is doing well.

[UPDATE]
We just got a call from the Surgeon’s secretary…they’re behind schedule and won’t be able to fit her in today. Sigh… She’s now rescheduled for Tuesday at 11:00am.

She’s in severe pain and the delay is very frustrating so please keep her in your prayers.
[/UPDATE]

Haven’t talked about this much because it’s been so fluid and up in the air, and because I’m not generally quick to share my troubles.

My wife got laid off of her job when the economy went south and had to take a part time job with one of the local storage unit rental places. She hurt her back lifting one of the big garage doors on a unit and has been struggling with debilitating pain, numbness in her right arm, etc for about 5 months now.

Well, she’s finally been approved for surgery. We just got it finalized today…too long a story to get into, but suffice it to say it took some firm intervention to get things moving.

At any rate, she’s going under the knife tomorrow afternoon. They’re going to remove a bone spur from her spine that is contacting, and continually damaging, a nerve, and remove a piece of bone from her hip and use that to fuse two vertebra together.

Because of the damage that’s been done to the nerve…much of it caused by the 5 months of bureaucratic BS we’ve been going through trying to get this approved…the doc says the best we can hope for is about an 80% improvement. Not perfect, but a significant improvement in quality of life over today. She’ll be recovering for the next 4 to 6 weeks and it’s going to be rough.

Prayers for guidance of the Doctor’s hands, a successful operation (asking for a miracle and a 100% improvement wouldn’t hurt…if that will fit into God’s plan of course) and a speedy and tolerable recovery would be much appreciated.

I have an acquaintance who’s contemplating stocking up on some potentially valuable resources just in case they become scarce someday and can be used for barter, or to sell for capital as the need arises.

Now, most of you probably would immediately think that my friend is stocking upon on guns and ammo. Nope…he’s thinking about something of more…um…general appeal…to the public: Booze.

I wouldn’t have thought of it, but his reasoning seems sound to me. Much like me, he feels that government run health care is a done deal in this country in some form or another. Everyone knows that when we abdicate responsibility to the government, we are also granting them authority over any actions that may affect that responsibility.

Which, of course, means that the modern day puritans…the health Nazis if you will…will have free reign to tax, regulate and otherwise impede those things they see as heresy out of existence…or at least drive them underground. Heck, they’re already doing it.

There is, of course, also the specter of complete economic collapse, in which case items for barter could become more valuable than money or even gold. Although gold is bright and shiny and durable and has been used for trade since the dawn of history, you can’t eat it, it won’t shelter you from the rain, it won’t keep you warm, and you can’t drown your troubles in it.

At any rate, he is considering buying a case (or two, or five) of something to keep for Justin Case.

Now, he wants to maximize his purchasing power, but he wants to get something that will be at least somewhat in demand…and if the unthinkable happens and government run health care never comes to pass and the economy rebounds…something that he can actually drink if needs be.

He’s thinking Whiskey…probably bourbon or Canadian whiskey. He’s got some prices on a few brands but was looking for input from the peanut gallery.

The obvious choice for me would be Jack Daniels, but that’s relatively pricey and would limit the quantities he could afford. The other choices he’s mulling are:

Anyone out there have any suggestions or recommendations based on his stated purpose? Relatively inexpensive, but drinkable whiskey?

Also, are there any particular states or localities that have better prices on booze than others?

Is this a silly idea or is he a genius?

Input would be greatly appreciated.

At the gun show today, there was a vendor selling A3 style flattop stripped ARArmalite Rifle - The official designatio... More uppers for $95.

My last ARArmalite Rifle - The official designatio... More, I assembled the lower and bought the upper complete. For my next one, I’d like to assemble the upper too. I’m thinking 6.8spc…but that’s not the nature of my question.

When I asked the seller what the make of the uppers was, he said he didn’t know. I did notice a mark on the right side of the upper, but other than that, nothing to identify the manufacturer.

I didn’t want to buy some crap that wouldn’t work and not be able to get my money back, so I passed on it.

I did some research after I got home, though and it appears to me that the mark I remember was an Omega symbol and seems to be typical of YHM uppers. Anyone know if that is a reliable indicator?

Another thing that I noticed was that the rails had no “T” marks. All of the YHM A3 uppers I found online said that they were “T” marked. Could it just be that these are older ones without the markings? Or are they not YHM after all?

Are there any counterfeit ARArmalite Rifle - The official designatio... More parts around that I need to be leery of?

Next, if these are YHM uppers, does $95 seem like a “can’t pass up” kind of price? I found a price range online of anywhere from about that, to $125. Buying online, I’d have to pay somewhere around $7 for shipping as well.

I’d hate to pass this up and then end up paying a lot more later…but I’d also hate to buy a POS and regret it later.

Any advice before tomorrow afternoon would be appreciated. I’ve gotta decide before the show closes at 4:00 Eastern time.