This is a public service announcement.

There is a company based out of Nevada called Botach.com that sells cheap tactical, survival and shooting gear.

I’ve ordered things from them a couple of times and have been pleased with what I’ve gotten from them. They do sell things at pretty good prices.

But, fair warning: they may not pay for return shipping – even when return is no fault of your own.

I ordered a pair of boots from them. I don’t normally buy any type of clothing online because you can’t try them on, but they were very inexpensive for a fairly pricey brand name, and Botach.com has a 100% money back guarantee right? So I took the chance and ordered a pair.

I normally wear size 8.5 wide. If there is no wide version, I order a 9 and that’s usually a bit long, but fits good in width. They didn’t have a “wide” option so I ordered size 9.

Nope. They’re actually shorter in length than most 8.5’s I’ve bought and they are very narrow. I contacted Botach to make an exchange and they were happy to give me an RMA number, but refused to pay for shipping.

As far as I’m concerned, the product I ordered was defective…I ordered the right size, they’re sized incorrectly…so they should pay for return shipping. Nope. I checked prices at both UPS and the Postal Service and the cheapest shipping would be more than I paid for the boots to begin with.

I tried to leave a 1 star review on the product at Botach, but apparently their web site doesn’t allow that. Every time I try to post the review it says something like “you can’t post more than 3 reviews in 5 minutes” and refuses to post it…I tried twice with the same result.

That seems pretty shady if you ask me. That means you can’t trust the product reviews there either.

So, the bottom line is, although I’ve been pretty happy with my purchases from there up to this point, I’m no longer a Botach customer. They don’t truly honor the 100% money back guarantee they advertise and they prevent the posting of bad reviews.

Shooting is one of my two biggest interests. I spend a lot of money on shooting accessories and gear in a year. For the cost of shipping a pair of boots, they lost a good customer and hundreds if not thousands of dollars in sales a year for however many years I’ve got left in me.

Doesn’t seem like a very good trade-off to me, but if that’s the way they want to run their business…

At any rate, I just wanted to spread the word: buy from Botach.com at your own risk.

Update: As with anything as subjective as a review, don’t take my word for gospel, it is only my opinion and only based on my limited personal experience. Please be sure to read the comments for other perspectives to make a fully informed decision. [/update]

Caleb at Call me Ahab came up with (what I think is) a great idea. He is doing a series of posts reviewing Indianapolis area gun shops and ranges.

Never being one afraid to brazenly appropriate other people’s good ideas, I decided to do the same for the Tidewater area. My reviews won’t be fast and furious, but what I’m going to do is, when I get around to it and am in the market for some range time and/or gun shop products, I’m going to consciously pick an establishment that I haven’t reviewed yet and do a post on them.

To make it easy for me…always a plus…I’m going to start out with the closer establishments (which I’ve probably patronized before) that are more convenient to me, and then fan out from there.

Last week, I posted about my newest acquisition and, in the process of testing it out, went to Bob’s Gun Shop in Norfolk for the express purposes of writing my first review.

Bob’s is one of my “go-to” gun shops in the area and I’ve been there many times, however, I hadn’t shot in their range in quite a while so I did want to check that out.

Located in downtown Norfolk, I would normally not be thrilled with the location; however, the availability of a “back way” that is less heavily traveled than the main thoroughfares and the the presence of an adequate private parking lot negates my two major problems with the downtown Norfolk area: traffic and lack of parking.

Comfortably nestled into the corner of Granby St. and Olney Rd. just a couple of blocks from Scope (the local concert/convention center), Bob’s is housed in a strikingly ugly concrete box of a building. Fortunately for them, that’s about the only bad thing I can think of to say about them. If you are looking for beautiful architecture or a trendy facade, Bob’s is not for you…if, however, you are in the market for a friendly, knowledgeable staff, excellent selection with competitive pricing and a strong supporter of the Gun Rights community…you’ve found the right place.

The ground floor consists of the showroom and main sales area. It is very well organized and neat. One thing I despise in a retail outlet is disorganization. Every time I’ve been there, they have been adequately staffed to handle the volume of customers with little waiting. Every staff member has been friendly and helpful to me.

On this particular visit, I was perusing their selection of holsters (looking for an IWB for my CZ-82) when I overheard a conversation occurring at the counter. Three younger gentlemen came in and inquired about buying a .45 pistol. The person that this was for seemed to not be very familiar with firearms but had “been told” that a .45 was the only acceptable thing for self defense. Without going into too great a detail, the salesman did an excellent job of guiding the young man without talking down to him or making him feel stupid and ultimately, guided him to the range and offered to allow him to shoot a few of their rental guns free of charge to help him decide what would best suit his needs.

I’ve been in too many gun shops where asking a question invites the counter commando to impress you with his wisdom and expertise and only infuriated me with his attitude. I’ve NEVER had that happen at Bob’s . They accept questions at face value and don’t make assumptions about level of knowledge or try to “establish dominance” by baffling you with BS. They answer the questions…which is always a plus.

They carry a wide assortment of firearms in every genre from itty-bitty plinker to big-game hunting guns and from plane jane, no frills concealed carry pieces to full-out uber-tactical EBRs. They also stock a huge selection of reloading equipment, gun safes, and other accessories.

Moving on to the second floor, one finds a “warehouse” style ammunition sales area with probably the largest selection of ammunition in the Tidewater area. Of course, they concentrate on the more popular loadings, having several variations of each…Bob’s is the only place in this area that I can regularly find my preferred self-defense round, .45acpAutomatic Colt Pistol - Denotes one of s... More Federal Hydra-shok in 230 grain JHP. Most places carry only the 185 grain…but they also carry the more exotic calibers and loadings albeit with a somewhat more limited selection.

The third floor houses their pistol range. It is only (I believe) ten lanes and is limited to 11 yards, but is well maintained and well lighted, ventilation is good and, in the few times I’ve shot there, I’ve never had to wait. Customer service at the range is always great, but because of the short distance, I’d have to call it only adequate.

They also boast a good selection of rental guns and provide CHP training classes. The Range Fee is $10 (under 18 free when accompanied by a parent) with memberships for $125 per year or $75 for a half-year.

They also provide gunsmithing services but I’ve never availed myself of them so I can’t speak to that.

Overall, Bob’s is one of the best gun shop/ranges in the Tidewater area. 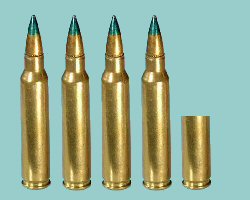 It loses a little because of the limitations of the Range so I give it 4 1/2 out of 5 cartridges.