I’ve been looking for a long time for a .22lrLong Rifle - One of several categories o... More revolver and I just couldn’t find anything that I wanted that was also in my price range. I decided that I needed to find something else. Something that fired a light enough caliberThe bullet or Bore diameter of the gun -... More with a heavy enough frame that a newbie could handle it without too much trouble. 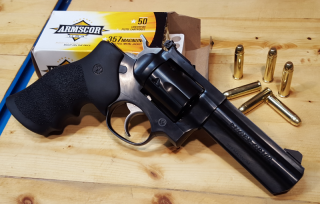